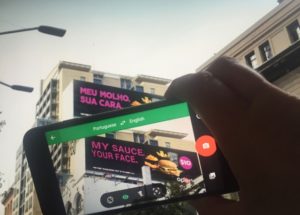 A new integrated campaign launched for Oporto’s $10 Meal Deal in Australia, which stems directly from the brand’s Portuguese origins.

In line with the spicy nature of Oporto’s famous sauces, the Portuguese headlines when translated reveal some appropriately spicy humour. 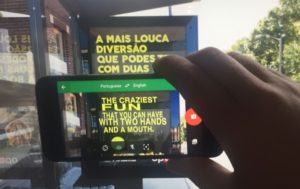 In her first campaign as head of marketing for Oporto, Vanessa Rowed wanted to push the boundaries with a fully integrated campaign that played to Oporto’s Portuguese heritage in an irreverent style.

Rowed said: “We are youthful brand with undeniably delicious food and an irreverent spirit – and a Spicy Portuguese heritage at our core. Bohemia and Glue Society have taken this campaign to a literal and exuberant execution.” 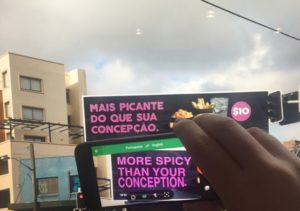 The campaign encourages the audience to translate the Portuguese headlines via their mobile phones – using text, Shazam scanning and Google Translate.

The translations reveal the spicy humour of the brand – and links take the audience directly to a campaign hub where they can create their own spicy headlines (verified by Google Translate) and share with their network of friends.