By Newsroom on November 4, 2014Comments Off on Bordeaux Launches New Ad Campaign Across Seven Key Markets 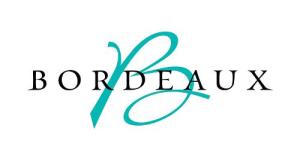 The Bordeaux Wine Council (CIVB) will launch a new international advertising and branding campaign across seven key markets starting in November. The new campaign, which was created by London-based agency Isobel, focuses on authenticity, diversity, and innovation, and is aimed at stimulating a re-discovery of Bordeaux as a world reference in terms of wine quality and expertise. Since 2010, the CIVB has worked to intensify its global communication activities, encouraging the discovery and education of Bordeaux, both the region and its wines.

“This is the ideal time for a re-invented brand identity. As a continuation of the “Bordeaux Tomorrow” strategy launched in 2010, this campaign will work to promote the depth, versatility and accessibility of the $55 and under segment of Bordeaux wines,” said CIVB President, Bernard Farges.

The campaign re-imagines the classic Bordeaux wine bottle within various contemporary illustrations such as: a delicious mouthful held up by a pair of chopsticks; a tree with deep and expansive roots; and a series of bottles artistically distinct from one another. Inspired by the world-renowned know-how of Bordeaux winegrowers and negociants, the campaign was also created to reflect the recent emergence of young, innovative, and environmentally-conscience winemakers who have been working to transform the region. Each depiction will feature the new Bordeaux tagline: “There Is So Much To Discover.”

“The Bordeaux winemakers of today include passionate families, millennials, men and women, and producers from abroad—all of whom strive for oenological, technological, and environmental progress while maintaining Bordeaux traditions,” adds Farges.

Bordeaux is the largest producer of all the French AOC wine growing areas, encompassing 25% of the total area, and representing an astounding 6,800 winemakers, all of who pride themselves on an invested understanding of the Bordeaux terroir and viticulture.

This is the first campaign where Bordeaux is rolling out the same messaging and visuals simultaneously across seven key markets including the U.S., France, U.K., Germany, China, Belgium, and Japan. The U.S. campaign launched in NYC subways on October 27th 2014. The first NYC subway campaign for the CIVB, the campaign will appear in a sixth of all subway cars across the five boroughs. The campaign will also appear in magazines and online in November.

While the U.S. remains the sixth export market of Bordeaux wines in volume and fourth in value, overall, Bordeaux exports dropped slightly to 3% in volume and 17% in value, mostly due to the challenging 2013 harvest. Globally, volume was down, however, white wines actually recorded an overall rise of 2% in volume. These figures come on the back of four exceptionally strong years of growth from 2008-2012.

The 2014 vintage is expected to land below the ten-year average in volume, but is expected to be of promising quality due to an ideal late summer, which allowed the winemakers to reach the ideal maturity for the harvest.

#discoverbdx, Advertising, Alcohol, Beverage, Campaign, CIVB, Isobel, Key Markets, The Bordeaux Wine Council, There Is So Much To Discover