By Newsroom on August 1, 2016Comments Off on Brass Creates Huge New Digital Marketing Campaign For Ribena 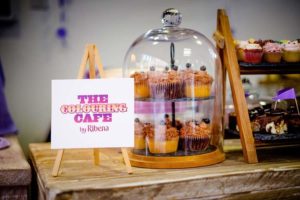 Brass has successfully launched a huge new digital marketing campaign for Ribena. The digital-led campaign is a first for the Ribena brand and will include amplification of content in social media.

The high-profile marketing campaign kicked off on Thursday June 30th with the appearance of a Ribena branded, one day, pop-up Ribena Colouring Café in Covent Garden, developed in conjunction with TRO. Encouraging attendees to come together to colour-in tiles that make up a giant illustration, the café event was devised by Brass to provide great content central to the whole campaign.

Working in partnership with Frank PR, social media influencers such as vlogger, Giovanna Fletcher and creative girl gang, the Confetti Crowd were invited to attend, and amplify the event to Ribena’s target audience. The finished artwork, commissioned by Brass from Bristol artist Alex Lucas, was brought to life with projection mapping technology and unveiled in an evening experiential event.

The second phase, a four week campaign, launched with a central hero piece of video content which Brass created bringing to life The Ribena Colouring Café event. The film has already clocked up millions of views across Facebook, Instagram, You Tube, VoD & Digital Video. 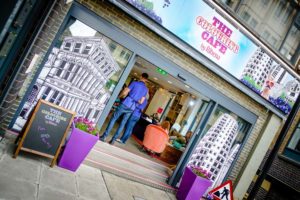 Developed by the Ribena in-house team with input from Brass, the Ribena website hosts an online colouring app allowing users to colour in a piece of The Colouring Café illustration and share on social media, it also contains background information on Ribena artist Alex Lucas and further footage from The Ribena Colouring Café event.

To support the brand, outdoor advertising has also been running since 4th July, along with sampling activity from 11th July onwards.

Commenting on the success of the Ribena campaign, Paul Mallett, Managing Partner at Brass commented: “We are fantastically proud of the work that Brass has done to make this campaign a reality. From coming up with the initial concept, through to engaging all the parties required to execute such an innovative creative idea; bringing this campaign to life has been no mean feat. It’s testament to the great relationship we have with Ribena, that they asked us to take the lead on the campaign and make it into the amazing success that is has already become.” 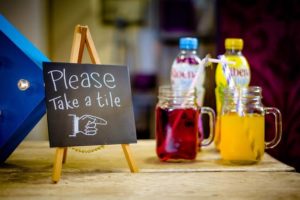 Ribena Senior Brand Manager, Emmeline Purcell, commented: “’Brass has created an amazing interactive and engaging digital campaign that is helping us achieve our ambition of creating more meaningful interactions with our target audience. We are really pleased with how the campaign has been received, and are confident this will have a positive impact on sales of our Ribena Light drink.”

The creative marketing campaign for Ribena follows a raft of good news for Brass agency since the beginning of the year, culminating in a five trophy win, including a double-gold, at the IPM awards in July for FMCG shopper marketing campaigns.