By on June 28, 2016Comments Off on Britain’s Favourite Hangover Cures Revealed

The surprising results show that eating a Fry Up is the number one way to defeat the morning after blues, beating previous favourites like sleeping and drinking water to the top spot.

Booze-Up decided to conduct the survey after their previous research showed that the average Brit spends up to two years of their life nursing a hangover.

So, let’s cut to the chase… Here are the top ten ways to beat your post booze up blues. 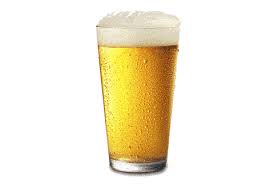 21% of people cite eating a fry up as the best cure, 19% swear by taking painkillers, 15% prefer drinking water, 13% said only sleeping would do the trick and 10% reach for a fizzy or sugary drink.

Other cures identified include: taking a long shower, drinking coffee, exercising and watching Netflix in bed.

Worryingly, 6% of the nation claimed that the only way to cure a hangover was to drink more alcohol.

Ashleigh Fletcher, Co-Founder of Booze Up said: “With so many hangover cures out there, we wanted to find out which ones were the nations favourite.”

Darren Sawyer, Co-Founder of Booze Up continued: “Although there is no proven cure, hopefully this list will help more people beat the searing headaches and waves of nausea that appear after a heavy night of drinking.”

Britain’s Favourite Hangover Cures Revealed added by on June 28, 2016
View all posts by →