By Newsroom on February 8, 2013Comments Off on Britain’s Horsemeat Nightmare Continues 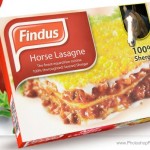 Just when you thought the horsemeat saga was behind us, another company’s beef product has shown traces of horsemeat in it.

Earlier this week, a third-party French supplier alerted Findus to concerns that the beef lasagne product did not “conform to specification”.

The Food Standards Agency (FSA) has now revealed that Findus had tested the meat in 18 of its beef lasagne products and found 11 meals in which it contained between 60% and 100% horsemeat.

Following the latest revelation, the British Retail Consortium (BRC) is asking companies to take steps to reassure customers over the quality and safety of food products, or risk a widespread decline in confidence.

FSA Chief Executive Catherine Brown though told BBC that it is “highly likely” criminal activity was to blame for the contamination.

The Findus story is the latest development in a seemingly endless saga.

Last month, Irish food inspectors announced they had found horsemeat in some burgers stocked by a number of UK supermarket chains, including Tesco, Iceland and Lidl. 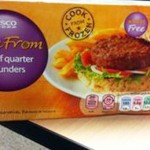 That was followed by news last week that a company, which supplies Halal meat to prisons in the UK, has had its contract suspended after traces of pork DNA were found in pies and pasties.

Speaking to BBC, Shadow environment secretary Mary Creagh had this to say:

The FSA said there was no evidence of a health risk from the contaminated lasagne, but has also ordered Findus to test the products for the veterinary drug phenylbutazone, or “bute”.

Catherine Brown said in a statement: “Following our investigations into Findus products, the FSA is now requiring a more robust response from the food industry in order to demonstrate that the food it sells and serves is what it says it is on the label. We are demanding that food businesses conduct authenticity tests on all beef products.”

Vegetarian brands such as Quorn and Linda McCartney are capitalising on the scandal as an opportunity to promote their meat-free products. 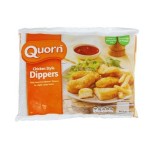 Although the ad campaign was already planned before the news of horsemeat DNA affecting beef products surfaced a spokesperson for the brand says the “misfortune” of affected retailer has helped make people more aware of the meat-free alternatives available.

The FSA though insist there is no reason to dissuade people from buying meat product just yet.

They are demanding that food businesses conduct authenticity tests on all beef products, such as beef burgers, meatballs and lasagne, and provide the results to the FSA by next week.

The tests will be for the presence of significant levels of horsemeat.

By Mahir Prasad
(M Prasad is Sr. Journalist and Features Editor at www.fabnews.live)