Brits Warm-up to Pubs Again, But May Not Know How Much They Are Drinking

By Newsroom on July 26, 2013Comments Off on Brits Warm-up to Pubs Again, But May Not Know How Much They Are Drinking 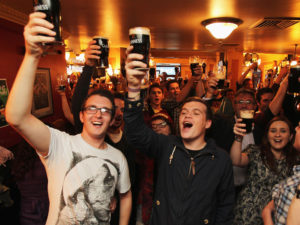 As the warm weather continues, consumers across the nation are flocking in droves to pubs and restaurants to enjoy the sun. But while consumers may be visiting pubs more while the sun shines, new research from Mintel reveals that they may not be aware of exactly how much alcohol they are consuming.

When shown a variety of popular drinks and asked what their alcoholic unit contents were, just 17% of out of home drinkers correctly identified a 25ml shot of spirit and mixer as containing the fewest units.

Furthermore, nearly a third (30%) wrongly identified a pint of beer or cider (at 4.5% ABV and around 2.6 units) as having the fewest units, while 20% thought that a large glass of wine (at 12% and 3 units) contains the least units.

Highlighting the knowledge gap of today’s consumers when it comes to alcohol units, half of out of home drinkers (54%) think that there should be more information about drinking in moderation, with only 14% thinking that binge drinking is in decline.

Chris Wisson, Senior Drinks Analyst at Mintel, said, “The recent good weather has provided a shot in the arm for the UK’s pub industry at a time when many consumers claim to be cutting back on drinking out of home. However, there remains a big gap in drinkers’ knowledge when it comes to understanding alcoholic drinks and units.”

“This can be particularly problematic if people are driving to and from the pub, with the old adage of staying within legal driving limits by ‘only having one drink’ not being strictly true. With many pints nudging above 5% ABV, just one pint could put someone over the legal driving limit without their knowledge. The fact that many consumers are keen to learn more about what is in their drinks underlines the need for continued education as misunderstanding appears to be rife,” added Chris. 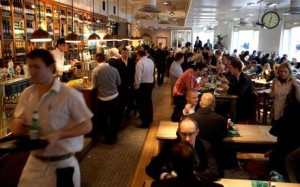 Meanwhile, as part of the government’s changes to the 2013 Budget, the tax escalator for beer was axed and 1p was cut from the price per pint, partly driven by attempts to entice people back into pubs.

While this has undoubtedly been a positive move, 79% of out of home beer drinkers do not plan to change their consumption as a result, with only 6% expecting to drink more.

While the price of beer has been frozen this year, over two thirds (67%) of monthly out of home drinkers already think that drinking out of home is now too expensive, providing the impetus to switch to cheaper in-home drinking.

According to Chris: “The increased pub footfall in recent weeks has meant that the success of the beer escalator’s removal can only really be judged when temperatures return to more typical levels. Beer is generally the most important drink category for pubs and the government’s decision to scrap the tax escalator has rightly been lauded. However, this alone is unlikely to cause a sea change in behaviour.” 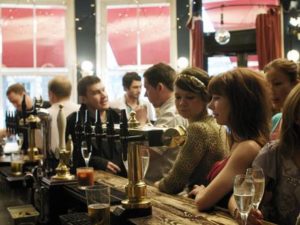 “The recent warm weather has highlighted how Brits’ love affair with the pub remains strong, but it also shows how consumers are demanding more from their visits. While the weather is evidently beyond publicans’ control, they may be able to entice people back to pubs and justify prices with things which they can control such as a focus on good service, cleanliness and a range of high quality food and drinks.” Chris continues.

The social element of drinking in pubs is a major advantage for the on-trade, with 55% of monthly out of home drinkers considering social drinking important to them. Overall, Mintel expects the out of home alcoholic drinks market to continue showing marginal value growth, increasing by 0.3% in 2013 to reach £24 billion. Slow but steady growth is expected to continue over the next five years to reach an estimated £27 billion by 2018, largely driven by inflation.

However, volumes have fallen dramatically in recent years, with an estimated 4% decline in 2013, down to 2.8 billion litres. The largest on-trade category, beer, has fared particularly badly with a significant decline in pint sales in recent years. Overall, Mintel forecasts out of home drinking volume sales to continue falling in the coming years, to reach 2.3 billion litres by 2018.

Brits Warm-up to Pubs Again, But May Not Know How Much They Are Drinking added by Newsroom on July 26, 2013
View all posts by Newsroom →