By Newsroom on October 28, 2016Comments Off on Burger King Dressed Up as the Ghost of McDonald’s in this Scary Good Halloween Prank 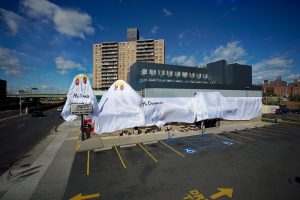 A Burger King location in Queens, New York, has a lock on best restaurant Halloween costume of 2016 after it dressed up as the ghost of McDonald’s—covering itself in billowing white sheets and trolling its rival with a special sign that read: “Booooooo! Just kidding, we still flame grill our burgers. Happy Halloween.”

The stunt was limited to the single BK location at 92-85 Queens Blvd. But BK corporate is clearly involved, as the brand has posted a video of the “Scariest BK” to its YouTube channel.

The stunt, which is similar to Buzz in a Box’s Pepsi ad a few years ago, was coordinated by BK agency David in Miami. 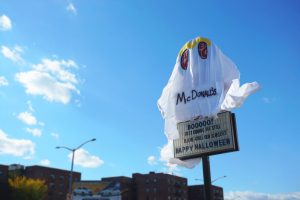 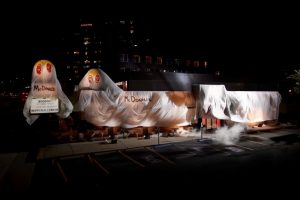 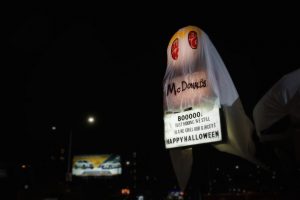 Burger King Dressed Up as the Ghost of McDonald’s in this Scary Good Halloween Prank added by Newsroom on October 28, 2016
View all posts by Newsroom →