By Newsroom on February 24, 2016Comments Off on Burger King Hijack Newspapers in the US to Promote New Hot Dogs

Burger King took over the covers of the New York Post, Houston Chronicle and the San Francisco Examiner among other newspapers on February 23 to promote the launch of its flame-grilled hot dogs.

The full-page cover ads feature the brand’s King mascot along with the text: “The King’s Got A Whopper…and we’re not talking about burgers.”

Earlier in the month, Burger King announced that its grilled hot dogs would hit menus on February 23.

According to the chain, the added menu item means that Burger King “will serve hot dogs in more restaurants than any other restaurant chain in the US.”

Other newspapers that were covered with the fast-food chain’s ad include the New York Daily News, the Chicago Redeye, Metro Philly, and Express DC. 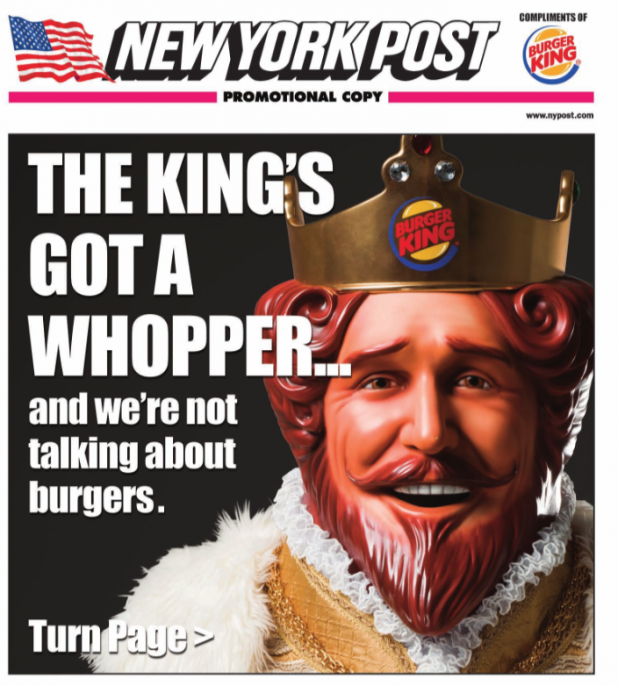 Burger King Hijack Newspapers in the US to Promote New Hot Dogs added by Newsroom on February 24, 2016
View all posts by Newsroom →