By Newsroom on October 4, 2018Comments Off on Burger King’s Blank Whopper Raises Public Awareness Campaign of Blank Ballot in Brazil

Brazilian voters are going to the polls on October 7 in the first round of the presidential election. In an attempt to raise awareness of the importance of an informed voting decision Burger King, along with creative agency DAVID São Paulo, launched an irreverent, disruptive campaign: the Blank Whopper.

Can you imagine getting a sandwich with just onions and mayo, or just pickles, or with no bread at all? This is a Whopper chosen by someone else – and what customers got after answering their intent to vote Blank in the next presidential election. 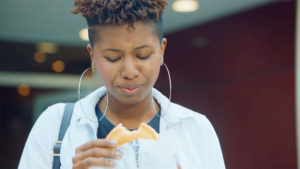 To stress the effects of the decision, the package spells out the message: “choosing the blank ballot is waiving your right to choose; and when you let someone choose for you, you can’t complain about the results.”

“We wanted to show that casting a blank ballot is not as great as it sounds. Each and every one of us deserves their country their way– and an informed voting decision is the first step in that direction,” says Rafael Donato, creative VP for DAVID SP.

Please note that Burger King does not support any candidate nor any party and that this promotion is not part of any election campaign.