By Newsroom on April 24, 2015Comments Off on ButterflyCannon Designs First Release In Glenmorangie’s New Legends Collection 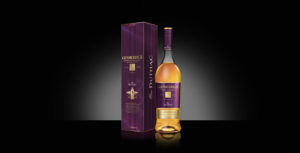 Glenmorangie Legends is the brand’s new Travel Retail Collection, each expression celebrating a legendary story of the lands that have been home to the Glenmorangie Distillery since 1843.

ButterflyCannon worked with the Glenmorangie team to identify the concept as well as designing the range’s packaging.

Glenmorangie Duthac is the first expression to be launched into the collection and pays homage to the annual pilgrimage taken by King James IV to the shrine of St Duthac in Tain, the home of the Glenmorangie Distillery. Such a celebrated event that it is still known as The King’s Route today.

The opulent design is wrapped in a metallic regal purple, a colour associated with royalty for centuries, further accented with splashes of Glenmorangie gold.

Jon Davies, creative director at ButterflyCannon adds, “The project was a perfect challenge for us as we love storytelling. Identifying both the overall concept and individual Legend stories, bringing them all to life aesthetically in a consistent Glenmorangie way, whilst differentiating the range from the existing offer and from each other was the dream brief. We had to consider every detail of the design in terms of both graphic execution and individual print specification to ensure each expression had a distinct position within the range.”

Mike Atkinson, Global Marketing Manager at Glenmorangie comments, “Travel Retail is an important category for Scotch whisky. With ButterflyCannon’s help we have created an engaging proposition for this channel with an expression of great quality which celebrates the lands in which we have resided since 1843.”