California Prunes Launches ‘Prune It’ Campaign in the UK

By Newsroom on March 21, 2017Comments Off on California Prunes Launches ‘Prune It’ Campaign in the UK 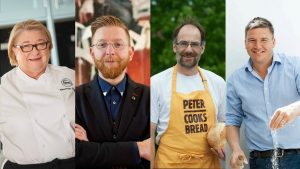 California Prunes has launched a national campaign in the UK, designed to improve trade & consumer awareness of the valuable role that prunes can play in reducing fat and sugar content in a wide range of culinary applications.

One aspect of the campaign includes the development of a lifestyle plan based on research by the University of Liverpool which examined how the inclusion of prunes in the diet induced increased feelings of fullness, helping to tackle the hunger pangs which often derail a weight loss programme.

The Prune It Eating Plan and Rosemary Shrager’s success on the regime provided a strong launch platform for Prune It at the beginning of 2017. Having been clinically diagnosed as morbidly obese and after trying numerous ‘diets’ with limited success, Rosemary sought professional counsel from Jennette Higgs, Registered Dietitian and author of the Prune It Eating Plan from California Prunes. Dropping three dress sizes, reducing her waist circumference by 14 cm and reporting improved physical fitness resulted in strong consumer media interest in the Prune It concept.

The current focus for Prune It will be on the roll-out of a wide range of exciting recipes, videos and demonstrations from California Prunes’ brand ambassadors to demonstrate the culinary appeal and health benefits associated with cooking with prunes to reduce sugar and fat levels, in line with current guidance from health care professionals.

In addition to this, California Prunes has launched a Prune It Masterchef competition, working with Westminster Kingsway college, an established centre of excellence for the education of catering professionals. 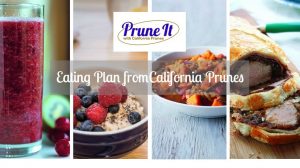 The objective of the competition is to educate emerging talent in the culinary field to appreciate the versatility of California Prunes as a premium, versatile ingredient which can also be used to improve the health attributes of a dish. The final of the competition will take place at the end of March 2017.

Current ‘clean eating’ trends and a renewed interest in identifying natural solutions to reducing sugar & fat intake ensure that the Prune It campaign resonates well with both the general public and food & health professionals. By working closely with our team of brand ambassadors, we hope to extend this highly credible and on trend messaging to a wider audience, underpinning the great taste and quality of California Prunes, as well as their versatility and relevance to current consumer lifestyles.”

California Prunes Launches ‘Prune It’ Campaign in the UK added by Newsroom on March 21, 2017
View all posts by Newsroom →