By Newsroom on July 10, 2013Comments Off on Carlsberg Sponsored UEFA Women’s Euro 2013 Kicks Off 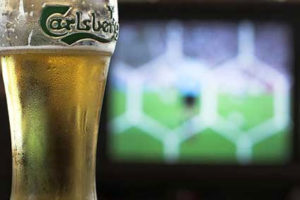 Carlsberg is gearing up for one of the biggest tournaments in women’s football.  The UEFA Women’s EURO 2013 is taking place in Sweden in July and Carlsberg is the official beer of the tournament.

The sponsorship of the UEFA Women’s EURO 2013 tournament, which kicks off on 10 July, is part of the recently announced sponsorship of UEFA European Championships. The final will be played at the new Swedish National Arena in Stockholm on July 28.

As a long standing supporter of football, Carlsberg is investing in ‘fan-zones’ across Stockholm, ensuring fans get the very best experience from the tournament featuring the continent’s very best women’s football teams.

“We are delighted that we managed to include the UEFA Women’s EURO 2013 as part of our sponsorship agreement with UEFA,” says Carlsberg Sweden CEO, Mark Jensen.

“We have been working extremely hard to ensure an awesome experience for everyone attending the matches or visiting the fan-parks.” 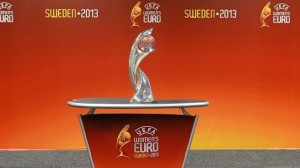 The seven host cities will have Carlsberg branded fan parks, where fans can get together before, during and after the games. Carlsberg Sweden has secured serving of Carlsberg non-alcoholic beer in the stadiums, while in special VIP areas, hotels and most of the fan-parks, Carlsberg Export beer will also be available.

During the tournament, Carlsberg Sweden has put together a special brand team to ensure maximum visibility and brand awareness of Carlsberg. The team will visit stadiums and fan zones round the seven playing venues throughout the playing period.

“At a time when we see strong market performance in Sweden it is fantastic to be associated with such a big event. The Carlsberg brand has a long association with football and we are delighted to connect with consumers and football fans at the UEFA Women’s EURO  2013 – and to play our part in helping to promote and grow women’s football,” adds Mark Jensen.