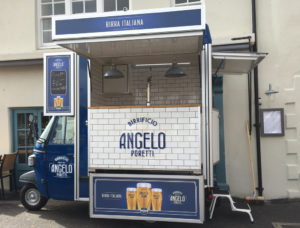 Following increased investment from leading beer and beverage company, Carlsberg UK, Italian beer brand, Birrificio Angelo Poretti, has experienced record sales growth, now up 150%. Poretti has become a key focal point for Carlsberg UK in the past 12 months, and recent investment has been used to launch a national sampling campaign – aiming to drive brand awareness and engage consumers across the country.

Poretti is being sampled from the brand’s bespoke sampling vehicle – an authentic Italian Piaggio van, converted to house its very own bar and beer tap. After beginning its national tour in Devon and Cornwall in August, the Poretti Piaggio Van will continue to visit cities and towns across the UK in September and throughout 2017. 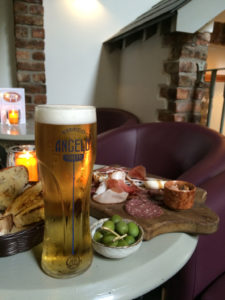 Alongside the sampling initiative, Poretti has also launched brand new, premium glassware. The new minimalist design has been created to showcase Poretti’s authenticity and brand identity – subtly yet uniquely different, and stylish by simplicity. The flowing lines of the glass also reflect the brewing method of Poretti, which is crafted using the pure water of the Italian Alps’ clear streams.

Liam Newton, vice president of marketing at Carlsberg UK, comments: “Today, people have a much richer knowledge of and are far more excited about international beers – a movement that has been largely led by the Italian lager category. Italian culture is a prominent trend within the UK at the moment – from its food and drink, to its heritage – so it’s a great time to create a platform from which beer-drinkers can discover the great taste of Poretti.”

Brewed in Varese on the outskirts of Milan, Poretti (4.8% ABV) uses natural ingredients to form a premium lager with a distinctive flavour. Alongside its exceptional taste, the beer also has an impressive heritage. In 1877, the first brew was created by founder, Angelo Poretti – who built his own brewery in Italy, ‘Industrie Poretti’, following many years of travelling across Europe in search of the secrets to the ‘perfect beer’.