By Newsroom on July 22, 2015Comments Off on Christmas Comes Early For Cadbury As It Teases £10m Festive Push 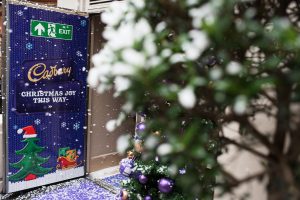 Christmas may be five months away but that hasn’t stopped Cadbury getting into the festive spirit with the chocolate maker putting aside £10m to back its biggest seasonal push to date.

The period is particularly key for the snacks business, which sees it as a bigger cash spinner than Easter time when it typically benefits most from those looking to indulge their sweet tooth. While Easter is still a major sales opportunity for Cadbury, Christmas represents the larger opportunity to push more of its products; everything from advent calendars to baubles.

“Christmas is that promiscuous time of year when everyone’s guard is down and consumers tell us that Cadbury plays a key role in the festivities,” said Benazir Barlet-Batada, marketing manager for chocolate seasonals and gifting at Cadbury owner Mondelez. “You need Cadbury chocolate at Christmas just like you need a Christmas tree or a turkey.”

Such is the importance of Christmas that the business has already sorted its product lineup and is assembling a marketing campaign it said will be “very different and bigger” than its previous festive efforts. 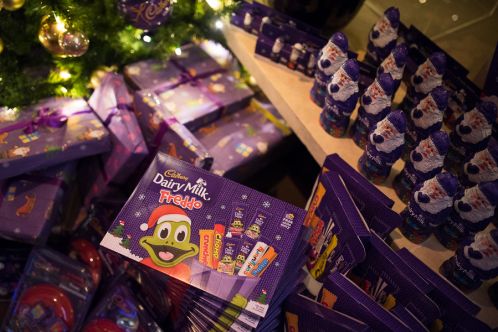 The festive foray will dovetail with Cadbury’s celebrations for Milk Tray’s 100th anniversary in October. The company was tight-lipped on how it would mark the milestone though it plans to introduce new packaging as part of the marketing campaign. The brand was thrust into the spotlight earlier this year when its iconic Milk Tray Man starred in a music video for a David Guetta and Emeli Sandie dance track (below).

Christmas Comes Early For Cadbury As It Teases £10m Festive Push added by Newsroom on July 22, 2015
View all posts by Newsroom →