By Newsroom on March 20, 2017Comments Off on Co-op Food Helps Daughter Surprise Her Mum in Mother’s Day Campaign

The Co-op Food has launched a Mother’s Day campaign starring a real daughter and her mum to inspire people to make the event more special. 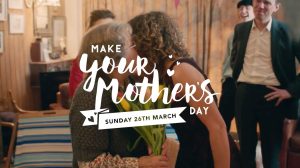 The brand collected a series of vox pop videos asking passers-by what they were planning to do for their mums on Mother’s Day. One response, by a woman called Emma, stood out, and Co-op and the agency Forever Beta turned her idea into an emotive film that became the centre of the campaign.

Emma’s idea was to convert old home movies that her mum, June, hadn’t seen for decades into a digital format. The 90-second film (above) shows Emma going through the process of making her gift, turning her mum’s front room into a cinema, and surprising her in front of their family.

Featuring the strapline “Make your Mother’s Day”, the campaign will be supported by digital display, social media, press, out of home and in-store activity. It promotes the idea that Mother’s Day is more than a day to receive conventional gifts. 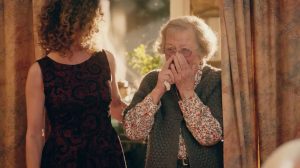 Copywriter Jono Benson and art director Stanley Cheung created the film at Forever Beta, which oversees event communications for the Co-op. The ad was directed by James Slater and produced by Chance Fyffe. Media planning and buying was handled by Rocket.

Jemima Bird, customer director at Co-op, said: “We were so inspired by Emma’s story and really wanted to work with the family to digitise decade-old forgotten family footage. It was such a moving and thoughtful idea and knew this would really make their mum’s day extra special. We also know that what mums really care about is spending quality time with their family and food plays such an important role in this. Co-op has both quality products available conveniently to really make Mother’s Day personal for every mum.”