By Newsroom on June 11, 2014Comments Off on Coca‑Cola Great Britain Announces The Launch Of Coca‑Cola Life 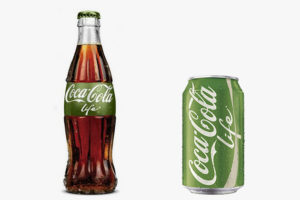 Coca‑Cola Great Britain (CCGB) announces that Coca‑Cola Life, the newest addition to the Coca‑Cola Trademark, will be available across Great Britain later this year. First piloted in Argentina and Chile in 2013, this will be the first time it will be available in Europe. This lower-calorie cola contains a third less sugar and a third fewer calories than regular cola and is sweetened from natural sources. 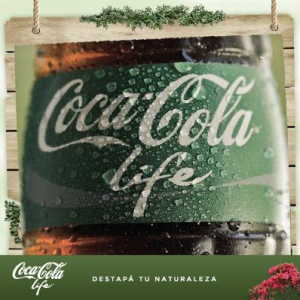 In addition, Coca‑Cola Life delivers on the Company’s well-being commitments, both in Great Britain and around the world, to provide consumers with more reduced-, low- and no-calorie options.  It is the most recent example in a series of initiatives by the Company to inspire happier, healthier lives. In the past 12 months, CCGB has reduced the calorie content of Sprite by reducing the sugar and introducing stevia leaf extract; launched the smaller 250ml can across the Coca‑Cola portfolio and, most recently, announced a £20m commitment to get one million people more active by 2020. 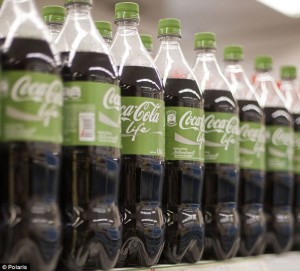 CCGB is a public signatory to the Government’s Responsibility Deal and has committed to reduce the average calories per litre in its range of sparkling drinks by 5% by the end of 2014. More than 40% of the cola sold by CCGB in the UK is already no-calorie and the launch of Coca‑Cola Life gives consumers even greater choice within the portfolio: Coca‑Cola, Coca‑Cola Life with a third fewer calories1 and two zero-calorie options in Coca‑Cola Zero and Diet Coke.

Like 97% of Coca‑Cola products sold in GB, Coca‑Cola Life will be made in Great Britain at Coca‑Cola factories in East Kilbride, Edmonton, Wakefield and Sidcup.

James Quincey, President Coca‑Cola Europe explains: “We are pleased to add Coca‑Cola Life to the Coca‑Cola portfolio in the UK.  It complements our existing brands and is well-positioned to meet changing lifestyle trends, providing people with a great-tasting, lower calorie cola sweetened from natural sources. 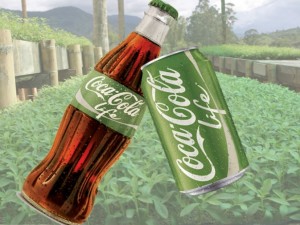 “With Coca‑Cola Life, we have innovated to provide consumers with a new option with fewer calories. We were early signatories to the UK Government’s Responsibility Deal and as we work with others across society to address the public health challenge of obesity in the UK and across Europe, we will continue to take actions that help people balance their lifestyles.”

The recommended retail price for Coca‑Cola Life will be in line with the Coca‑Cola portfolio. The launch in September will be supported by a marketing campaign, which will include digital, outdoor and print.

Coca‑Cola Great Britain Announces The Launch Of Coca‑Cola Life added by Newsroom on June 11, 2014
View all posts by Newsroom →