By Newsroom on June 30, 2014Comments Off on Coca-Cola & Will.i.am Unveil 3D Printer That Makes Items From Used Coke Bottles

Coca-Cola is making in-home 3D-printing as simple as making toasts with a new tech piece that comes as part of its Ekocycle brand initiative, centered around innovative recycling and sustainability. Ekocycle, launched by Coca-Cola and celebrated artist will.i.am back in 2012, now presents the Ekocycle Cube, a small-scale machine that “bakes” smaller items out of recycled plastic Coke bottles. 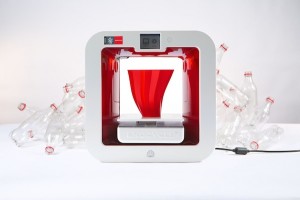 The machine is developed in partnership with 3D Systems, where will.i.am is the chief creative director. The tech installation uses cartridges loaded with filament, produced from recycled 20-ounce plastic Coke bottles, to create a range of consumer plastic items ranging from phone cases to bracelets, vases, bird houses, robots and even shoes to name but a few.

The machine comes pre-loaded with 25 different patterns to be used to create various every-day objects. The palette of the objects is limited to red, black, white and natural—which is actually quite enough. 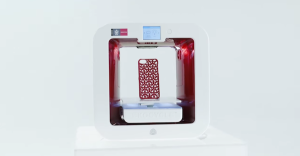 The Ekocycle Cube is positioned as “not just another tool for making,” but as “a revolutionary tool for RE-making, and encourages and helps us to change the way we think about recycling by transforming post-consumer waste into new and beautiful objects,” says the description to the printer below the YouTube launch video.

The plug and play printer is available to purchase for $1,199 through the 3DS’ online consumer hub Cubify—the printers will be shipped to those who ordered them starting the second half of 2014.

3D Systems is now also partnering with Hershey’s on a printer for confections. 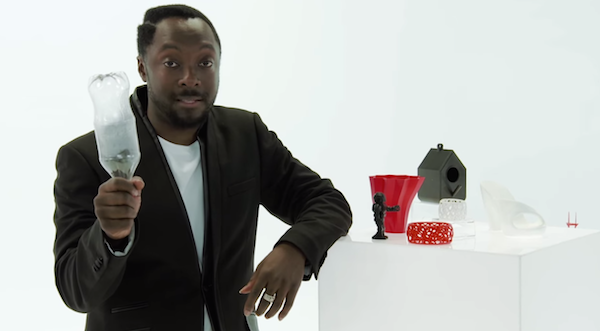