By Newsroom on October 29, 2015Comments Off on Coors Light Releases Mobile Version of ‘Super Refresh-Men’ Game 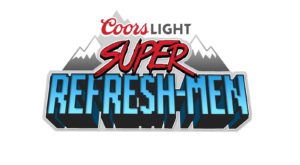 Super Refresh-Men builds on the success of the original game, Coors Light Refresh-Men, released in 2014 on Xbox 360 in a Branded Landing Experience. An ad-based mini-game, Refresh-Men has the longest average time spent globally in the Landing Experience, with more than 12 minutes spent playing the game per unique user.

This year, Super Refresh-Men expands to Xbox 360, Xbox One and for download on Apple and Android mobile devices, also making Coors Light the first brand of any kind to create a direct sequel to a previous mini-game execution. The mobile game is available as a free download beginning today; Xbox users can click the Coors Light ads in the Xbox dashboard for the console version.

“Super Refresh-Men is bigger and better this year, featuring new levels, storylines, bad guys, moves and power-ups,” said Danielle Rappoport, senior marketing manager for Coors Light. “Fans of classic games will love the nostalgic look and feel of the game, whether battling Scorcher solo on the mobile game or playing with friends as Avalanche or Rocky on an Xbox console.” 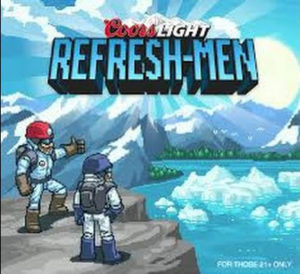 Players can choose one of four Super Refresh-Men characters as they battle through five levels, going head-to-head with bad guys and bosses, collecting Coors Light along the way. The simple storyline and 8-bit style with overly pixelated imagery, bright colors and arcade-style typography is characteristic of brawler games of the 1980s, but with the modern twist of agents on a mission to deliver refreshing Coors Light to those in need.

“Understanding and truly embracing the platforms users are on is vital for brands to drive unique, emotional connections with their customers; Coors Light has led that charge among alcohol and beverage brands,” said Ritu Trivedi, vice president of packaging strategy and solutions at AOL, which now represents advertising initiatives for Xbox as part of AOL’s Partner Studio. “We are excited to support the launch of the next chapter of Super Refresh-Men, the latest example of the engaging, branded content Xbox and mobile gaming fans are looking for.”

To download and play the game, search for Coors Light in the iTunes App Store and on Google Play.