By Newsroom on July 18, 2016Comments Off on Covent Garden Restaurant Reacts to Pokémon Go Craze 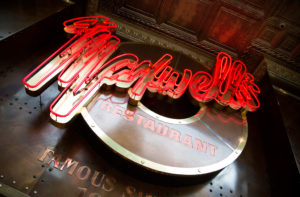 Maxwell’s Bar and Grill in Covent Garden is enjoying an influx of new business with their newfound status as a PokéStop on the recently launched mobile app game, Pokémon Go which this week took the UK by storm following the launch of the game in America. Millions of users have since downloaded the game and the likes of restaurants, cafes and bars are reacting creatively in the hope of cashing in on the craze.

The Covent Garden based restaurant which has recently found fame for being the first to bring Freakshakes to the UK has reported a 26% increase in customers during their first weekend of trading as a PokéStop. Users of the game have been flooding to the restaurant with the hope of capturing a Snorlax, Mewtwo or Pickachu, all of which have been reported to be roaming around the restaurant.

Maxwell’s Bar and Grill has now made it the sole responsibility of one employee to purchase and drop lures around Covent Garden which, attract virtual Pokémon and currently spending up to £100 a day in ‘app-game’ purchases to attract users of the game to the restaurant. 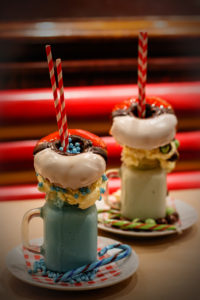 The restaurant has also launched Pokémon inspired freakshakes, cocktails and donuts for customers to enjoy whilst hunting for Pokémon. Maxwell’s is also set to host a ‘Pokémon Go Lure Party’ with 400 customers already confirmed to attend.

Christian Southcott, General Manager of Maxwell’s said: “I haven’t got a clue what it’s about but our marketing manager ran into the restaurant and told us all we had to download the new game. Over the weekend we’ve had queues of people trying to get into the restaurant, standing outside and running in asking us where they can find a Snorlax. I had to call extra staff in to cover the surge of customers.”

Anthony Knight, Maxwell’s Marketing Manager added: “It’s incredible how everyone has reacted to the game. I was walking through Covent Garden last week and in 5 minutes had seen at least a dozen people running around trying to capture Pokémon. Working in hospitality you have to react quickly to new trends and fads and I had a feeling this could be a winner for us. Never in my life did I think Pokémon would form part of my marketing strategy but it is great fun and allows us to engage creatively with our customers and new customers.” 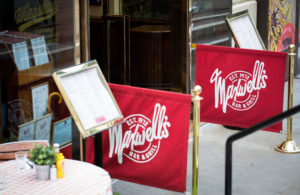 Many employers are banning employees from using the game but we are actively encouraging our staff to download the app, engage with customers using the game whilst in the restaurant and have a bit of fun!

Anthony Knight on how businesses can benefit from Pokémon Go: “As well as benefiting from being a PokéStops and dropping lures, businesses can also use the app as a gateway to engage with their customers directly, requesting information on the types of virtual Pokémon caught at or near the location. This information, particularly the “rarity” of the virtual Pokémon captured at their site, can easily be deployed as an advertising tool. Restaurants can also brand themselves as a hotspot or potential meeting place for users.”