By Newsroom on October 17, 2014Comments Off on Cracker Jack Hits Home Run With Float In Macy’s Thanksgiving Day Parade 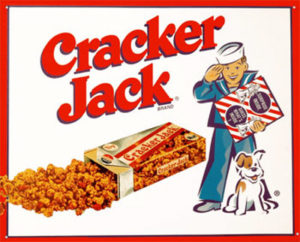 Cracker Jack, the brand known for the “surprise inside” every package, and Macy’s are unveiling the biggest surprise yet this Thanksgiving: a float in the 88th Annual Macy’s Thanksgiving Day Parade in New York City. This marks the first time a PepsiCo brand has presented a float in the iconic Parade that has long been an American tradition known for bringing families together. Cracker Jack is one of the many brands that make up PepsiCo’s Frito-Lay division.

The Macy’s Parade float caps the Cracker Jack brand’s summer-long campaign, “The Surprise Inside Project,” which encouraged parents around the country to bring small, but meaningful surprises for their families. Over the last few months, the brand helped hundreds of families pull off a variety of small surprises – from the unexpected at-home spa day to a pop-up picnic in the park to a movie night with loved ones. As with “The Surprise Inside Project,” the Cracker Jack float continues the theme of bringing surprises to life by incorporating unexpected elements that add a modern twist.

Inspired by another American pastime – arguably the most famous of them all – Cracker Jack’s “At the Ball Game” float will feature a baseball theme that builds on the tradition of Cracker Jack snacks and family experiences at the ballpark. The float will include technological innovations such as live cameras and – for the first time in the Parade’s history – a larger-than-life LED screen that will feature live shots of the Parade, giving spectators an opportunity to catch a glimpse of themselves on the big screen. And in a contemporary nod to everyone’s favorite photo opportunity, the float includes a family taking a “selfie.”

“With our first-ever Macy’s Thanksgiving Day Parade float, we really wanted to bring all of our Cracker Jack themes to life – the tradition of baseball, the spirit of surprise and the essence of Americana, but with a fresh, unexpected twist that was relevant for audiences today,” said Ram Krishnan, senior vice president, marketing, Frito-Lay North America. “We can’t wait to see reactions on Thanksgiving Day, and hope our float continues to remind fans everywhere that even the smallest surprises can make a big impact when it comes to family fun.” 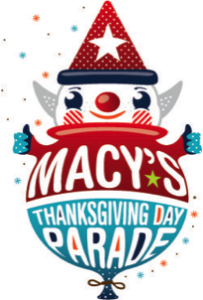 “Macy’s Thanksgiving Day Parade and the Cracker Jack brand make a winning combination, as both iconic American institutions have been surprising and delighting millions of people for generations,” said Amy Kule, executive producer of Macy’s Thanksgiving Day Parade. “Featuring the Parade’s first-ever giant LED screen providing spectators with the opportunity to become part of the magic as they see themselves reflected on the float via its live cameras, this remarkable new addition to the line-up will capture the imagination of millions as it makes its way down the streets of Manhattan.”

The Cracker Jack float builds on the brand’s partnerships with both Macy’s and Major League Baseball (MLB). To help kick off “The Surprise Inside Project,” the Cracker Jack brand partnered with Macy’s for this year’s Macy’s 4th of July Fireworks, a spectacular event that has dazzled millions in New York and around the country for more than 35 years. The brand is also delighting fans through its long-standing partnership with MLB, by including team-specific stickers in Cracker Jack packages for the first time in more than 20 years.