By Newsroom on June 13, 2017Comments Off on Creature of London & Firecracker Create First Piece of Branded Entertainment for Arla Foods with Nick Helm

‘Eat Monday For Breakfast’ with Nick Helm is a 3-part online series in which the acclaimed stand-up comedian and star of BBC Three’s Uncle tries to overcome his aversion to early mornings. Is getting up early “just a conspiracy to make people with less structured lifestyles feel bad about themselves”? Or are early risers onto something? He meets some to find out. 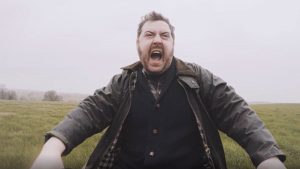 The 3 x 3 min. episodes see a bleary-eyed Nick Helm accompany a fishmonger on a dawn visit to Billingsgate fish market, train with a stuntman and attempt to milk a cow with a dairy farmer.

The series by Creature of London and Firecracker Films, continues Arla Foods’ mission to inspire people to get the most out of their Monday mornings and is the brand’s first foray into entertainment-led branded communications.

“Creature came to us as they wanted something closer to a TV format rather than an ad,” says Claire Finn, Firecracker’s Executive Producer. “We plugged the agency’s creatives into our in-house development team and came up with a take on the classic ‘fish out of water’ concept: a night owl amongst a bunch of early birds. Nick was brilliant. He was genuinely shattered, but still managed to milk the humour out of his situation”. 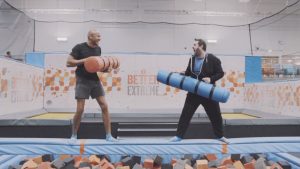 “We were given a long leash from Arla and Creature to make something genuinely watchable and funny,” adds director Joe Roberts.

“Nick and I worked out a light structure for the films, scripted the setups and devised situations and locations that he could react to. Firecracker’s casting researchers unearthed fantastic early risers, so, after the initial prep, it was just a case of getting them and Nick on camera together.”

Eat Monday For Breakfast with Nick Helm went live from Friday 9th June and will be distributed across the AOL network via their Be-On player. 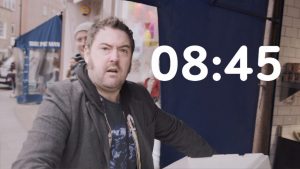 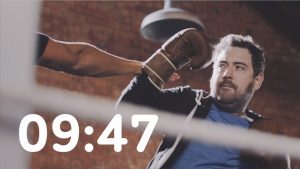 Creature of London & Firecracker Create First Piece of Branded Entertainment for Arla Foods with Nick Helm added by Newsroom on June 13, 2017
View all posts by Newsroom →