By Newsroom on June 7, 2013Comments Off on ‘Dads Deserve Better’ Movement Comes to Canada

The makers of Johnnie Walker Blended Scotch Whisky announced their support for ‘Dads Deserve Better’, a global movement addressing the need for giving dads more thoughtful gifts. Rather than the standard present of socks or a tie, the movement encourages family members to step it up and ‘give better’ to their dads. 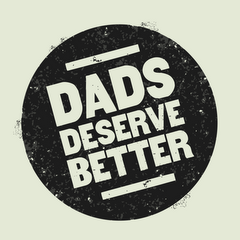 Failing to express what they really want, combined with the casual acceptance of mediocre gifts, has become commonplace among dads when it comes to Father’s Day. Seeking to change this, Johnnie Walker has put their efforts into identifying an ideal way to celebrate all that dads do.

“We believe that dads everywhere have been getting the short end of the stick over the years, and that they deserve better,” said David Allard, Marketing Director, Whisky/Rum, Diageo Canada. “Quality time over a glass of scotch is the perfect way to celebrate dad’s special day.”

The ‘Dads Deserve Better‘ movement began with the popularity of a video featuring a disgruntled dad finally taking a stand on typical Father’s Day gifts. Shared across social channels, the tongue-in-cheek video currently has over 200,000 views.

Additionally, there is an exclusive gifting opportunity to make Father’s Day even more special with personalized custom engraving on your Johnnie Walker Blue Label bottle at select liquor stores.