By Newsroom on April 14, 2015Comments Off on Deleon Tequila Unveils The Next Level Marketing Campaign

Deleon Tequila launches its first, high-impact full-scale media campaign consisting of content designed under the creative direction of the brand’s co-owner Sean “Diddy” Combs. The campaign encapsulates the forward-thinking vision of Combs, whose proven track record of successfully marketing to Millennials helped shape the strategy for the DeLeon brand’s latest foray into media.

Deleon Tequila ‘The Next Level’ campaign, created by the Blue Flame Agency, consists of a series of six 15-second vignettes of intriguing content which showcase glimpses into the alluring world of Deleon Tequila. These bite-sized shorts were designed to appeal specifically to the media-savvy, fast-paced millennial generation’s consumption habits, enticing them with a quick, sharable, multi-sensory experience.

“We know that today’s consumers – even those shopping luxury brands – want quick, enticing content,” said Combs. “They’re busy, focusing on multiple screens at once, and have a short attention span. You have to capture them with the first beat. These spots are designed to do that, to stop them in their tracks.” 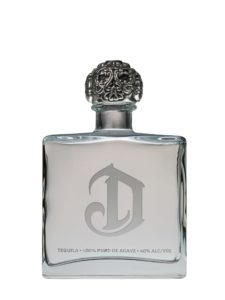 Each of the spots boldly feature the stunning bespoke-style bottle as an unapologetic icon of luxury and are set to haunting, soulful music by either legendary blues artist Muddy Waters or up-and-comer Naomi Scott. As with any Sean Combs’ project, music had to play a major part, and for the new Deleon Tequila campaign the soundtrack drove the look and feel, serving as the perfect complement to the arresting bottle imagery.

“The music had to draw the consumer in,” says Combs of the inspiration behind the chosen songs. “Muddy Waters perfectly embodies the spirit of the campaign – soulful, powerful, arresting. He’s not only the leading influence on so many other artists, his sound defined the roots of American music, and it has so much depth, like the DeLeon brand. That sound paired with the bottle… I’m a big believer in that’s the best 15 seconds DeLeon could have on TV.”

The brand brings Deleon Tequila ‘The Next Level’ to life on April 13th through a fully integrated campaign across media including digital, broadcast, and social.

For digital, edgy yet luxury online outlets such as MadeMan.com, Playboy, and Complex mirror the feel and target audience of the campaign and will be optimized for maximum sharability of the content.

Television ads will run during the final season of AMC’s hit show “Mad Men,” and select programming on the Discovery, History Channel, and Esquire networks.

Deleon Tequila Unveils The Next Level Marketing Campaign added by Newsroom on April 14, 2015
View all posts by Newsroom →