By Newsroom on December 10, 2015Comments Off on Disaronno Celebrates Cavalli Partnership with Festive TV Push

Disaronno is celebrating its limited edition Disaronno Wears Cavalli bottle, a collaboration between the Italian liqueur and the fashion house, with a TV advertising campaign running until Christmas Eve (Thursday 24 December). 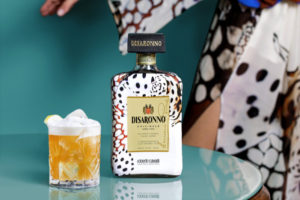 The 15-second film reveals the bottle’s new look, which was inspired by a combination of the underwater world and exotic themes from Cavalli’s spring/summer pre-collection.

Paolo Dalla Mora, global communication director at, parent company Illva Saronno, commented: “This new limited edition – the third, to follow projects with Moschino and Versace – lends coherence to our advertising strategy…the 360-degree international advertising campaign began with the launch of the bottle through the power of social networks, via the web and the press, and sees television as a final and crucial step along the way.”

As with the 2014 campaign to promote the Versace partnership, Marco de Giorgi has shot the short film. This year, Disaronno will donate part of the proceeds from sales to contribute to the development of special projects in Africa.

The campaign with air across Channel 4, ITV2, Sky, 4oD and ITV Player.