By Newsroom on April 8, 2014Comments Off on Dos Equis Saves Cinco Season with Return of Dos De Mayo

With Cinco de Mayo falling on a Monday, for the second straight year, Americans everywhere will be faced with celebrating Cinco on a day not fit for the occasion. To save this time-honored celebration, Dos Equis’ “Dos de Mayo” campaign is returning on Friday, May 2nd to help fans everywhere ignite their fiestas all weekend long. 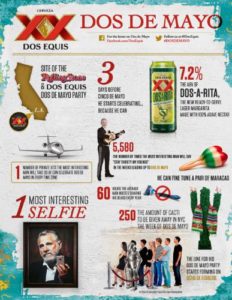 Just in time for the Cinco season, Dos Equis is launching Dos-A-Rita, a ready-to-serve lager margarita made with 100 percent real Agave nectar and lager beer. Inspired years ago by bars in San Antonio, the same recipe that created a local legend will now be available outside of Texas for the first time from Dos Equis. Fans can purchase Dos-A-Rita in select regions at retailers starting this month.

Throughout April, the Dos de Mayo campaign will feature new “Most Interesting Man in the World” television & radio spots created specifically for the holiday. The television spot airing nationally features the iconic character giving a nod to the Dos de Mayo season with the proclamation: “Don’t rush into Cinco. Start with Dos.”

Dos Equis is also giving its traditional Lager and Ambar bottles a makeover with limited-edition label designs inspired by its Mexican heritage. The new Cinco de Mayo designed labels will be available nationwide wherever Dos Equis is sold.

“Dos de Mayo is back, and with Cinco de Mayo falling on a Monday, we’re bringing the party to our fans all weekend long,” said Gwendolyn Boyce, Brand Director for Dos Equis. “Whether it’s with Dos-A-Rita, the new spot, or our contest with Rolling Stone, we’re putting our own twist on Cinco.”

Dos Equis is partnering with Rolling Stone magazine to kick off festivities at the official Rolling Stone Dos de Mayo party in Los Angeles. Starting now through April 13th, fans 21 and older can visit here to enter for a chance to win an all-expense paid trip to Los Angeles where they’ll celebrate Dos de Mayo with a performance by top musical talent compliments of Dos Equis.

Fans in select cities also have the chance to celebrate with Dos Equis and Thrillist at regional launch celebrations on Dos de Mayo. 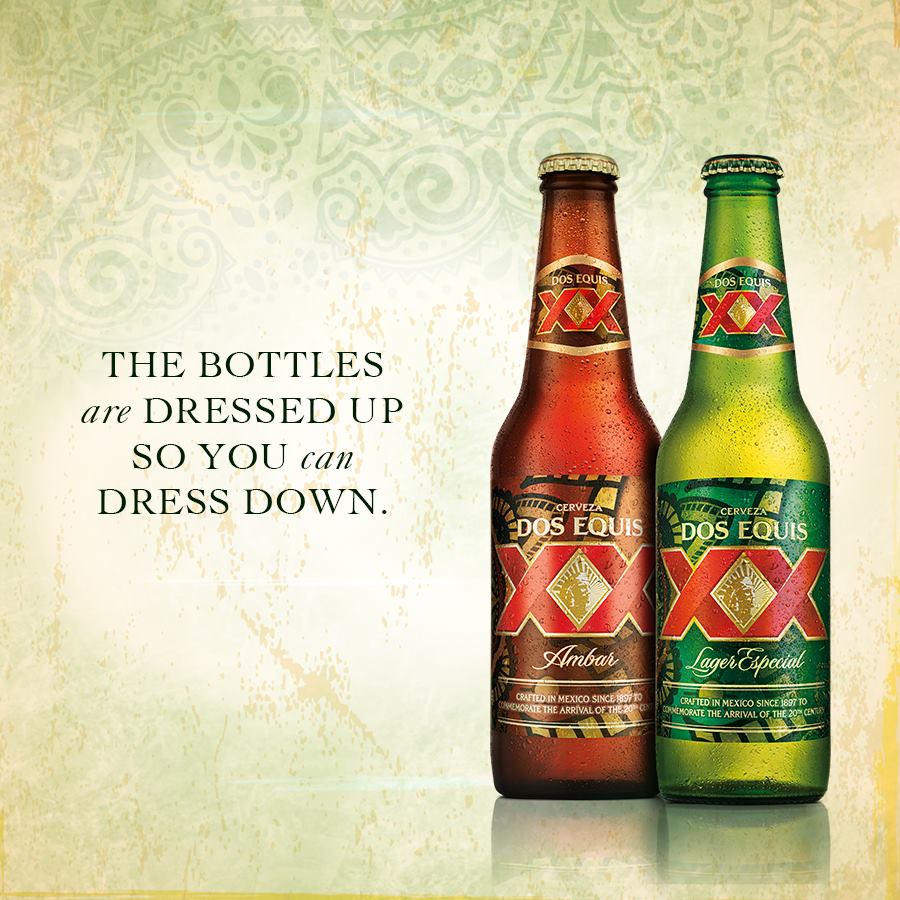