By Newsroom on February 26, 2016Comments Off on Dr Vijay Mallya Resigns as Chairman & Non-Executive Director of USL 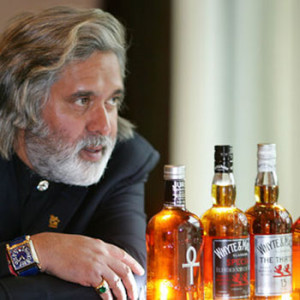 Diageo has entered into an agreement with Dr Vijay Mallya under which he has resigned from his position as Chairman and non-executive director of United Spirits Limited (USL) and from the boards of other USL group companies.

Following Dr Mallya’s resignation, the USL board will appoint Mahendra Kumar Sharma, currently independent non-executive director and Chairman of the Audit Committee of USL, as Chairman of USL.

Key points of February 25th’s agreement are as follows:

The financial terms of the agreement with Dr Mallya provide for a payment of $75 million (approximately £53 million) to Dr Mallya over a five year period. Further details of the agreement are given below. This payment will be charged to exceptional items in the year ending 30 June 2016.

As part of the arrangements announced, Diageo has also extended Smirnoff’s sponsorship of the Force India Formula 1 team of which Dr Mallya is team principal and part-owner for the next five seasons. The cost of this sponsorship continues to be $15 million (approximately £11 million) per season.

Ivan Menezes, Chief Executive of Diageo, said: “India is an exciting growth opportunity, and USL has the management team, strategy and capability to deliver on that opportunity. The agreement announced today is in the best interests of both Diageo and USL and allows USL to build on its strong platform in one of the biggest spirits markets in the world.”

Additional information regarding the agreement is set out here.

Dr Vijay Mallya Resigns as Chairman & Non-Executive Director of USL added by Newsroom on February 26, 2016
View all posts by Newsroom →