By Newsroom on December 7, 2017Comments Off on Food and Drink Brands Should Rely on Narrative to Engage with Consumers, Not Heritage 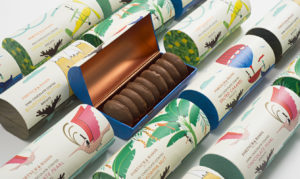 The commercial value of heritage to food and drinks brands is well known. It engenders loyalty, even love sometimes. It attracts consumers, both at home and overseas. It is a source of differentiation. Many a heritage brand has succeeded because it has capitalised on its long history, its inherent Britishness and its reputation for design innovation.

From Fortnum & Mason to Berry Brothers, there are hosts of brands that understand the value of heritage. They understand the innate human need for meaning and narrative. People want more than just products, regardless of the quality or utility of those products – they want to be taken on a journey. Yet many brands with a heritage fail to exploit it. For every Fortnum & Mason or Berry Brothers, there are a dozen brands in the food and drink sector that had a rich heritage they failed to build on.

Heritage brands are too often unaware, nervous, or uncertain of the entire notion of branding. They miss out, and as more and more of their competitors successfully embrace the strategy, so the ones that don’t become increasingly conspicuous, and imperilled. So, how to do it well? 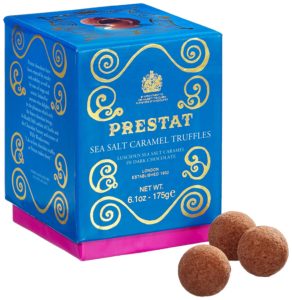 The first, and most critical, step is to recognise that what matters is not the fact of your heritage, but the narrative you create around it. Far too many food and drink brands sit on a rich heritage, assuming their target audience understands it, and watch confused as a start-up brand arrives and steals their market share. From there it is about drawing out the elements of your story that are going to be relevant to a contemporary audience.

Whilst it might be only glancingly interesting to know that Prestat, one of London’s finest chocolate shops, was founded in 1902 by French emigré Antoine Dufour, it is crucial to understand that its flagship store is in Princes Arcade in Piccadilly, that its customers include the Queen and at one time the Queen Mother and Princess Diana. 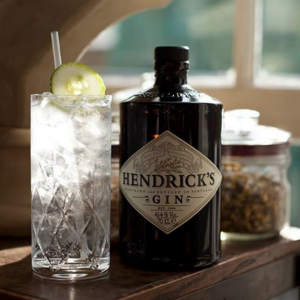 An interesting development in heritage branding is that we are seeing more and more brands create a heritage. Pick up a bottle of Hendricks gin with its apothecary jar, its Victorian lettering, and its statement that it was established in 1886, and as you sliced your cucumber, you could be forgiven for believing you were partaking of a brand in its second century.

In fact, it was created in 1999. 1886 is the year its parent company William Grant & Sons was founded – that together with the bottle shape and graphic design were all consciously designed to create the impression of heritage. The addition of the cucumber ritual merely complemented the overall narrative, and today dozens of craft gin manufacturers are trying to replicate the brand’s success. Without doubt, it helps to have heritage. It gives you a story to tell. But it is by no means necessary.

The Future is the Past

Mistakes can be made with heritage branding in the food and drink sector. Don’t allow it to slip into fetishism of history. That way lies a dull fustiness that can sit uneasily with a modern audience. Instead look for what is relevant in your heritage and communicate that in a contemporary way. Unless of course your audience will respond well to dull fustiness. In that case own it proudly and confidently. 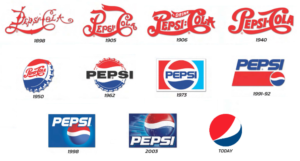 In the same way, avoid allowing your brand to become synonymous with a curated lifestyle. There is an implicit tension between fashion and heritage, and you need to be captivating your audience with the relevant aspects of your story, not jumping onto every passing fad.

When it steers clear of those pitfalls, heritage branding – though the use or creation of a brand story – is a powerful technique. In today’s fast-moving, ever-changing world this yearning for authority, credibility and meaning will only grow stronger. The history of business is littered with companies that failed to take advantage of a rich heritage or who never found a compelling story to tell. Take action now, and use your brand’s past to enrich its future. 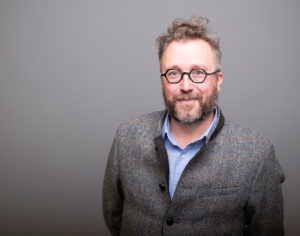 As Director of Smith&+Village, Richard Village is a brand consultant with a wealth of experience in brand strategy and corporate identity programmes for some of the country’s leading organisations, including major retailers, luxury brands and global corporates, as well as innovative start-ups.

He has consulted with brands to keep them moving forwards and adapting to change, industry trends and consumer needs, including Waitrose, John Lewis and Booths, as well as law firms such as Allen & Overy and in the financial sector for Renaissance Capital.

Smith&+Village is a creative and strategic branding partnership which works at board level to invigorate, develop and direct its clients’ brands. He believes design and branding is where commerce and aesthetics meet.

Food and Drink Brands Should Rely on Narrative to Engage with Consumers, Not Heritage added by Newsroom on December 7, 2017
View all posts by Newsroom →