By Newsroom on September 22, 2014Comments Off on Fourpure Appoints Mr B & Friends to Major Branding & Design Task 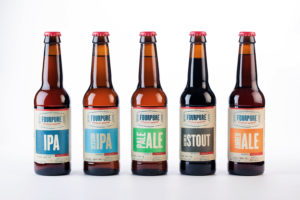 Steve Richardson, Creative Director and Partner at Mr B & Friends comments, “Fourpure is inspired by the founder’s worldwide adventures which have been brought back to the brewery and blended with their own way of doing things. To bring alive the concept of 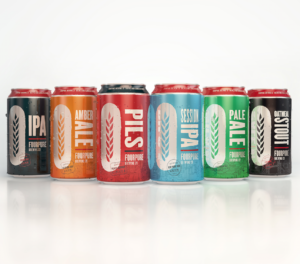 adventure and travel the bottle designs were all centred on the idea of a luggage label. Whereas, the cans all feature illustrations to show geographically where the inspiration for the beer came from. With the Pils can for example the design shows a line drawn cityscape of Munich.”

Fourpure has just received the accolade of being chosen by Michel Roux as one of the house beers of the 2 Michelin star La Gavroche, and also of Roux at Parliament Square and Roux at The Landau restaurants. The bottle design for the beer, known as ‘Roux Brew’, was also created by Mr B & Friends.

Fourpure Appoints Mr B & Friends to Major Branding & Design Task added by Newsroom on September 22, 2014
View all posts by Newsroom →