By Newsroom on March 26, 2015Comments Off on Frappuccino Turns 20: The Story Behind Starbucks Beloved Beverage 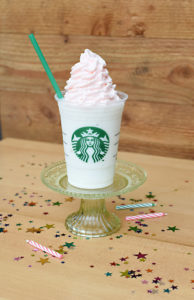 It’s hard to imagine summer at Starbucks without thinking of a cold Starbucks Frappuccino blended beverage and the green straw. Take a trip back two decades to the birth of the iconic summer beverage.

In 1993, Starbucks had just a handful of stores in Los Angeles and fewer than 300 across the U.S. and Canada, mostly in concentrated in northern cities. Dina Campion, a 20-year partner (employee) who is now part of Starbucks Digital team, managed the district of Southern California’s 10 stores.

“It was the summer of 1993, and Los Angeles is very hot in the summer,” Campion said. “We noticed there were some smaller coffee shops that did some sort of blended coffee beverage. A couple of store managers and I felt there was a huge opportunity for Starbucks.”

Campion contacted one of her former California store managers, Dan Moore, who had recently moved up to Seattle to work on the operations team at Starbucks headquarters. They got the go-ahead to make their case with a test at a single store in Los Angeles’ San Fernando Valley, and Moore got a blender shipped down to the Sherman Oaks store.

“A group of us from Seattle went down to California, and we quickly realized it was something we needed to pursue,” Moore said.  Later, the test moved to the busy store near the Third Street Promenade in Santa Monica, where they could get quick feedback from an ever-changing mix of customers.

“The Santa Monica manager and her assistant really started getting into it,” Campion said. “Concurrently, Seattle got involved and put some R&D skills behind it.”

By the summer of 1994, Campion’s entire district was serving blended coffee beverages to enthusiastic customers looking for refreshment. Meanwhile Starbucks acquired The Coffee Connection in Boston, along with one of their products called “frappuccino,” a cold, slushy drink made using a soft-serve machine. Starbucks applied the name to its new blended beverage. 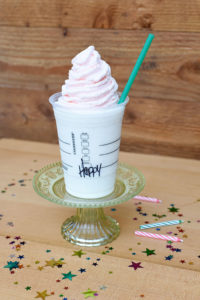 Starbucks decided to quickly ramp up a company-wide launch for the following summer. Moore, who now leads marketing and category for Starbucks licensed stores, was on the team tasked with rolling out the blended beverage to the company’s stores.

“We had less than five months to execute our first major new product launch,” Moore said. “I remember sitting on the floor over the weekends with store design and blueprints for all of our more than 500 stores, mapping out blended stations for each one. Then I flew out to all 23 markets and did training in every city.”

The Birth of an Icon

In the summer of 1995, Starbucks brought Frappuccino across all of its stores in the United States and Canada. The only two flavours were Coffee and Mocha, made from ice double-strength brewed Italian Roast coffee brewed in stores. There was not even whipped cream.

Frappuccino changed the trajectory of the company by bringing in new customers who were not normally coffee drinkers, and filling its stores in afternoons and during warm weather when coffee business was typically slow. Frappuccino accounted for 11 percent of its summer sales, and helped push Starbucks stock to an all-time high.

“When you think about it, 20 years ago, the business, Starbucks hadn’t launched into a whole host of warm weather markets. We were reliant on the holiday season,” Campion said. “With Frappuccino, we were able to level out the dips in store traffic in the summer.”

“We were so confident of our product that we didn’t even test-market it,” said Schultz in his book, Pour Your Heart Into It. “Pepsi ramped up production as quickly as possible, but even then we could supply only West Coast supermarkets for the summer of 1996. We couldn’t make it fast enough.”

Starbucks continued to innovate with new flavours to meet growing demand. In 1999, Starbucks introduced Caramel Frappuccino blended beverage with whipped cream and caramel drizzle – served with a green straw and domed lid for the first time.

“At the time, domed lids were radical thinking, so was the idea of adding whipped cream,” Campion said. “But for our customers it represented a momentary break – an escape in their day.”

Today, Starbucks serves Frappuccino blended beverages in all of its 66 countries and offers more than 36,000 different drink combinations. Around the world there are unique Frappuccino flavours that reflect the diverse palates of global customers, such as Coffee Jelly Frappuccino and Red Bean Green Tea Frappuccino in Asia, Algarrobina Frappuccino with syrup from the Black Carob tree in Peru and the chocolate Brigadeiro Frappuccino in Brazil.

In his book, Schultz underscored the impact Frappuccino has made in Starbucks history. “Its story epitomizes the enterprising spirit we still have at Starbucks. It’s experimental. It’s adventurous. It fires people up and engages their imagination.”

To commemorate Frappuccino’s 20th anniversary, Starbucks is offering a limited-time Birthday Cake Frappuccino blended beverage – a vanilla bean and hazelnut, topped with raspberry-infused whipped cream – at Starbucks stores in the U.S. and Canada from March 26-30. 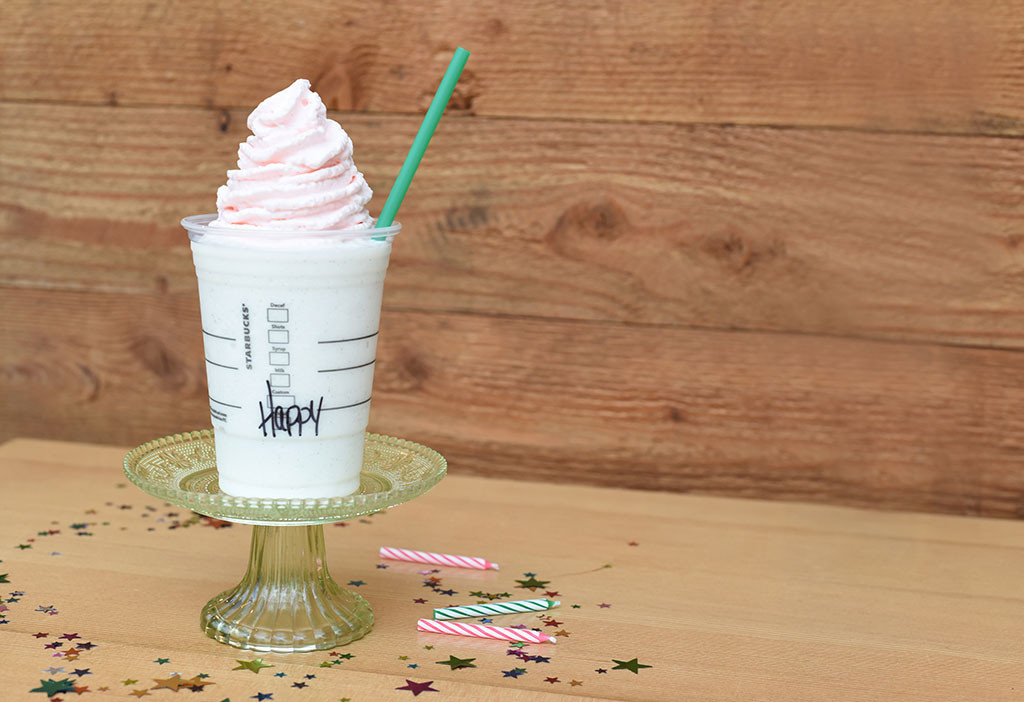 Frappuccino Turns 20: The Story Behind Starbucks Beloved Beverage added by Newsroom on March 26, 2015
View all posts by Newsroom →