By Newsroom on August 24, 2016Comments Off on Frontier Craft Lager wins Silver Medal in The International Beer Challenge

At this year’s International Beer Challenge, Fuller, Smith & Turner PLC, the London brewer and premium pub company, was awarded a silver medal for its craft lager, Frontier. The medal was awarded after a blind tasting by an expert panel of judges. The panel assessed the entries by their taste, appearance and aroma.

The International Beer Challenge is a premium packaged beer competition, which creates recognition for brands across the globe. Alongside Frontier’s silver medal, Oliver’s Island and ESB were each awarded a bronze medal. 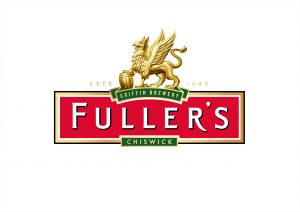 Fuller’s head brewer, John Keeling, said: “This is fantastic news. We are all very proud of Frontier and I’m glad it’s getting the recognition it deserves. This is also brilliant for Oliver’s Island. Winning a bronze, having only been on the market for a year, shows its quality and distinction. Of course, ESB is one of our most revered beers. I am proud of its longevity and how it’s still holding its own in an eclectic beer market.”