By Newsroom on April 24, 2013Comments Off on Game On: Pizza Hut Launches First-Ever Ordering App On Xbox Live 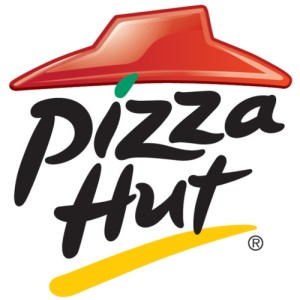 The video game industry has a history of introducing dynamic duos.

The two category giants have joined forces to launch a first-of-its-kind ordering app that allows users to purchase physical goods straight from the Xbox 360 video game and entertainment system from Microsoft.

This is not just any physical good, but one of the most popular “goods” among gamers and consumers alike – Pizza Hut pizza; and pasta, wings, breadsticks and more.

The Create Your Pizza app experience can be navigated via Kinect for Xbox 360 hand gestures and voice commands as well as the Xbox 360 controllers, and marks the first of many activations including exclusive rewards planned by Pizza Hut.

“The launch of the ordering app for Xbox Live users represents a major milestone for Pizza Hut and sets the tone for ordering capabilities for not only the pizza category, but the entire retail landscape,” said Kurt Kane, Chief Marketing Officer at Pizza Hut.

“With today’s avid gamers, entertainment fans, and busy modern families gathering around their TVs as much as they gather around a dinner table, we felt this was a natural next step for Pizza Hut as we continue to own the digital ordering experience for pizza lovers everywhere.”

Through the downloadable app, Pizza Hut for Xbox 360 enables Xbox Live subscribers in the U.S. to order from the full menu, including new products, straight from their Xbox Live dashboard.

Customers who download and place an order through the app by May 6 will receive 15 percent off their entire purchase. Furthermore, exclusive offers from titles including Forza Horizon, Halo 4, and Kinect Sports will also be available through the Pizza Hut App in the upcoming months. 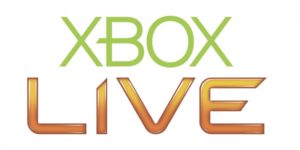 “We’re proud to launch the Pizza Hut for Xbox 360 app, which will allow hungry Xbox Live members to easily satisfy their pizza craving while enjoying their entertainment,” said Ross Honey, General Manager of Xbox Advertising at Microsoft. “This innovative app from Pizza Hut makes family night on Xbox Live that much more complete.”

As part of the app launch announcement, more than 2,000 Xbox employees were in attendance at Microsoft headquarters in Redmond, Wash., for the ceremonial first order placed via the Pizza Hut for Xbox 360 app.

Pizza Hut and Xbox executives, Xbox’s Larry Hryb (a.k.a. Major Nelson ) and professional Halo player and entrepreneur David “Walshy” Walsh introduced the launch and demonstrated the app following a memorable arrival alongside the iconic Halo Warthog. The event marked the official nationwide launch of the Pizza Hut for Xbox 360 app.

The pizza ordering app for Xbox 360 adds to a multitude of ordering options available to Pizza Hut customers. It all began in 1994 when a Pizza Hut pizza was the first item ever purchased via the internet.

More formal “online ordering” became available via Pizza Hut in 2001, and in 2008, Pizza Hut introduced mobile ordering via text messages, which then evolved into a groundbreaking ordering app for the iPhone in 2008.

Beginning in 2011, customers had the option of ordering Pizza Hut through apps for the iPad, Windows Phone and Android smartphone, along with an all-new app for the iPhone.

With a bevy of ordering options in the tech and mobile spaces and more than 6,300 restaurants across the country, Pizza Hut offers more points of access than any pizza company in America