By Newsroom on September 21, 2016Comments Off on Guinness Debuts Two New Limited-Time Beers From The Brewers Project 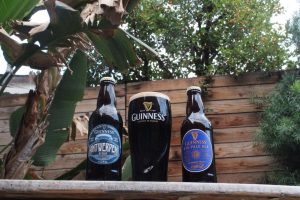 A long-time favourite recipe in Belgium and a small batch ale originally brewed as a holiday gift for a lucky few outside of the Open Gate Brewery led to the two latest Guinness & Co. releases from The Brewers Project: Guinness Antwerpen Stout and Guinness Rye Pale Ale. For a limited time, the two new beers join a growing Guinness lineup that has recently welcomed additions such as Guinness Blonde American Lager and Guinness Nitro IPA conceived by the experimental brewery within St. James’s Gate. 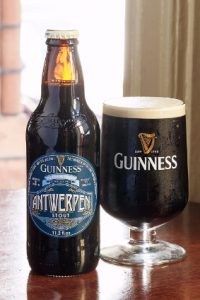 Guinness Antwerpen Stout was brewed for the first time in 1944 for its namesake: the Belgian city of Antwerp. Though known by a different name – Guinness Special Export – it’s still a fan favorite in the European city. The beer won everyone over with its intense roasted malt, smoked wood, raisin and licorice notes and its sweet smells of bittersweet chocolate, coffee and a touch of black currant. In fact, even the brewers within St. James’s Gate have been known to line up for a few bottles before the beer makes its way to Belgium.

“It’s been more than 70 years since we first exported the Antwerpen Stout from Dublin to Antwerp, but its cult following is probably stronger than it’s ever been,” noted Padraig Fox, the General Manager for the Open Gate Brewery Experience. “I guess now the secret is out. Even if it is only for a few months, we’re happy to see this Guinness favorite having its moment in the U.S.” 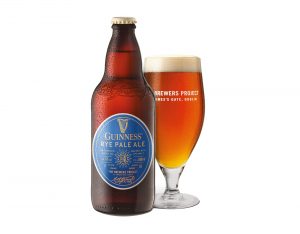 Guinness Rye Pale Ale got its start just last year when The Brewers Project cooked it up as a fun holiday gift for their friends and families. Everyone loved the beer so much that Guinness decided to try it out on tap at the Open Gate Brewery in Dublin. There, the rave reviews continued. Guinness decided to move the brewing process to a bigger brew house so even more people could try the surprise hit. The rustic ale has a peppery bite thanks to the rye malt used, but gets a nice balance from the grapefruit and citrus flavor from Mosaic and Cascade hops.

“Beer is obviously something we love, and we wanted to share a little something we were working on with just a few of our closest friends and family and colleagues at the brewery,” explained Peter Simpson, one of the brewers who worked on the original batch of Guinness Rye Pale Ale. “We didn’t expect it to get this kind of reaction, but it just sort of snowballed. Now here we are about to introduce it to the other side of the world.”

Whether enjoying a new Guinness Antwerpen Stout, Guinness Rye Pale or any other brew in the Guinness family, please remember to respect the beer and drink sensibly.

Guinness Debuts Two New Limited-Time Beers From The Brewers Project added by Newsroom on September 21, 2016
View all posts by Newsroom →