By Newsroom on January 14, 2015Comments Off on Hershey Offers Personal 3D Printing Of Chocolate Treats

If news from 2014 made the case for 3D printing as this decade’s game-changing technology, CES closed the sale. From dresses to drum kits, the show was full of printed, working devices we didn’t even see on the radar last January. For some, though, the CocoJet 3D printer took the cake…or the candy, rather. 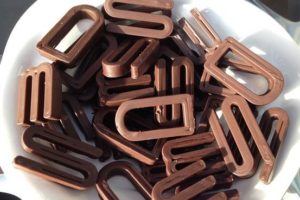 CocoJet is a partnership venture between 3D Systems and The Hershey Company: a printer that streams delicious liquid chocolate, according to design specs, just as a regular 3D printer streams filament. Users can choose between dark, milk or white chocolate and between pre-programmed designs or confections of their own creative devising.

CocoJet’s release into the wild is still forthcoming, so it’s too soon to tell exactly what effect on-demand, personalized chocolate might have on markets. It could put stress on the custom candymakers and bakers it’s aimed at, by putting DIY power in the hands of their core consumer base. After all, why pay somebody to make 1,000 chocolates for your wedding when you can print them out while your fiancee is hand-signing invitations? 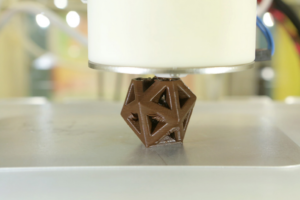 On the other hand, it could go the opposite direction just as easily. Creative bakers and chocolatiers could design intricate and compelling treats blurring the line between snack and statue, in turn, offering goodies untrained consumers simply can’t match. Either way, the end result for big and small events calling for advanced chocolate technology is sure to be impressive.

3D Systems demonstrated its ChefJet series at CES. This is a professional-grade set of fully functioning food replicators just a step or two behind what you might see on Kirk’s Enterprise. A few months from full commercial roll-out, the set is targeted at professional kitchens and could be as exciting to industrial cooking as the CocoJet is to craft and personal chocolatiers.