Is Cheese On Toast In Meltdown In The UK?

By Newsroom on November 11, 2014Comments Off on Is Cheese On Toast In Meltdown In The UK? 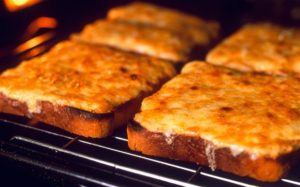 As autumn draws in, many will be turning to comfort food to overcome the cold outside, but it seems fewer Brits have a hunger for cheese on toast.

Indeed, new research from Mintel reveals that over the past two years there has been a 7 percentage point drop in the share of cheese buyers enjoying the grilled treat, falling from two-thirds (67%) in 2012 to just three in five (60%) in 2014.

“Cheese on toast remains the second most popular way of eating cheese after using it in sandwiches. But some, it seems, are falling out of love with it, despite efforts by cheese brands to promote the use of cheese on toast through their advertising and product development. This may reflect changes in the weather between 2012 and 2014, as well as the decline in sales of pre-packed sliced bread, which provides a base for cheese on toast. To appeal to younger consumers, operators could look to boost interest by tapping into the trend for “grilled cheese” sandwiches currently seen in foodservice, by repositioning cheese on toast as an “open grilled cheese sandwich”.” 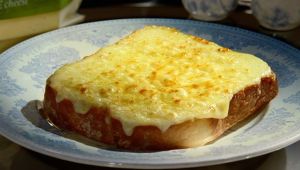 “Despite the ongoing popularity of cheese, volatility in milk prices and consumers’ sensitivity to price changes in cheddar represent challenges to operators in the cheese market. The ending of EU milk quotas and the provision of free school meals for reception and year 1 and 2 pupils also create a degree of uncertainty in the market at present,” Richard continues.

Cheddar remains the nation’s favourite cheese with 87% of Brits buying it in the past three months, up from 82% in 2012. Cheddar also remains the largest segment in terms of sales, accounting for an estimated 50% of value and 52% of volume sales in 2014.

“That cheese is bought by 95% of Brits is testament to its long-established role as a shopping basket staple and a rise in the share of people buying cheddar since 2012 may reflect its ability to meet the demand for a low-cost cheese as household budgets remain under pressure.” adds Richard.

Despite this, when it comes to rising prices many cheddar buyers are not afraid to downgrade to a cheaper price tag. Just 29% of cheddar buyers say they wouldn’t change their buying habits at all if there was a 10% rise in the price of their favourite branded cheddar. In comparison, one in three (31%) claim they would switch to a less expensive branded cheddar and one in four (24%) say they would switch to a less expensive own-label cheddar. 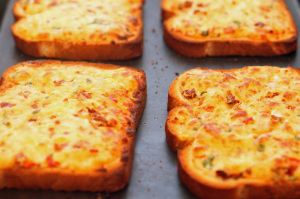 “Currently, the offering of non-British cheeses in the UK is dominated by continental cheeses from the likes of France, Italy and Spain – whilst some non-European cheeses are sold in the UK, these remain rare. Although issues with shelf life and various costs may make the import of non-European cheeses more expensive than European ones, producing cheeses to non-European recipes in the UK offers a potential way for UK operators to avoid these issues and still meet this interest. For example, there are now British-based companies producing cheese based on Mexican recipes.” Richard continues.

In addition, Mintel’s research shows there is some good news for farmers. One in five (20%) consumers who buy and eat cheese say they would be willing to pay more for cheese if they knew the farmer was being paid a fair price. Mintel’s research also shows many are concerned with animal welfare, as 19% would be willing to pay more for a cheese made with milk from cows that are reared to a high animal welfare standard.

“British cheese makers need to ensure they offer a USP other than simply being British, to future-proof themselves in case of growing imports of cheaper cheese when EU milk quotas are phased out. Their support for farmers through fair pricing offers one potential area to explore.” Richard concludes.

Is Cheese On Toast In Meltdown In The UK? added by Newsroom on November 11, 2014
View all posts by Newsroom →