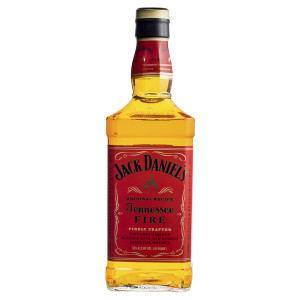 Crafted with Jack Daniel’s Old No. 7 whisky and naturally infused with a proprietary red hot cinnamon liqueur for a smooth and delicious taste, Jack Daniel’s Tennessee Fire will be available across Canada this summer.

Based upon the tremendous success of Jack Daniel’s Tennessee Honey and the explosive popularity of the liqueurs and flavoured whiskys, distillery officials said they wanted to offer existing and new friends another Jack Daniel’s flavour option.

“We were extremely pleased with the launch of our first liqueur, Tennessee Honey, in 2011,” said Jack Daniel’s Master Distiller, Jeff Arnett. “The success of Tennessee Fire in the U.S. again proved our friends have a thirst for flavored offerings, and we’re very excited to see how this product is received in Canada this summer. Folks know that any time they see Jack Daniel’s name on a new product, they can trust its quality. I’m interested to hear what our Canadian friends think about it.”