By Newsroom on October 9, 2013Comments Off on Jack Daniel’s Postcards Australia 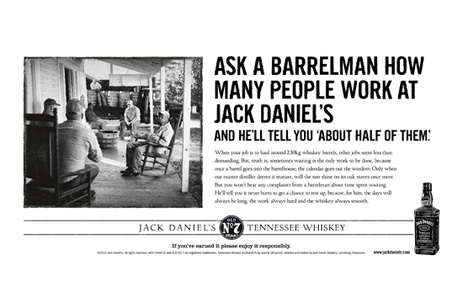 A long running print campaign for Jack Daniels is to be launched in Australia, via the Arnold Furnace agency. 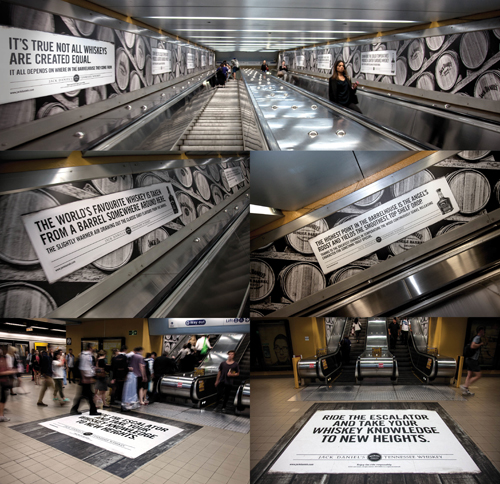 The campaign, entitled ‘postcards from Lynchburg’, has commenced with an execution detailing “everything from the difference between whiskey and bourbon to the fact that the Scotch industry uses old Jack Daniel’s barrels.”

“All have a unique Jack Daniel’s tone of voice that has endeared the brand to consumers the world over,” the agency said, announcing the campaign.

“The most ambitious execution is an 80 foot escalator skin that takes you on an educational tour of the barrelhouse from bottom to top.

“In Tennessee the barrelhouse is a hallowed place steeped in history (and whiskey), where every bottle of Jack Daniel’s has been left to mature since 1866. Back then there was only Old Number 7 filling the famous American White Oak barrels and while nothing else has changed in the maturing process, there has been a few additions to the family – 1907, Gentleman Jack and Single Barrel to name a few.”

Timothy Ryder, brand manger, Jack Daniel’s said: “For a company with such a strong heritage, storytelling remains at the core of our brand. Stories connect us; they tell us who we are and where we came from. The Postcards from Lynchburg campaign is a chance for us to communicate with our consumers and reveal a little more about who we are as a brand.” 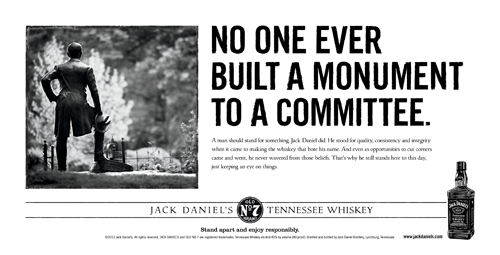