By Newsroom on February 10, 2016Comments Off on Jack Daniel’s Single Barrel Announces Newest Addition To Collection 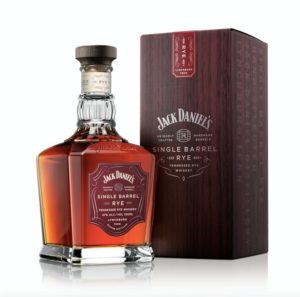 The Jack Daniel Distillery announces the nationwide release of the brand’s third offering within the Single Barrel Collection and first new grain bill in 100 years, Jack Daniel’s Single Barrel Rye. This expression marks the first time consumers can experience a fully matured rye product from Jack Daniel’s. The newest member of the Jack Daniel’s Family of Brands will be on shelves February 2016 and will be available across the US.

“Rye was one of the earliest forms of American whiskey and as the Master Distiller at Jack Daniel’s, I’m proud to honour that history with the release of Single Barrel Rye. There is a reemerging trend of rye whiskeys and we are excited to be able to give friends ofJack Daniel’s a chance to experience it,” said Jeff Arnett, Jack Daniel’s Master Distiller.

“You never want to over-barrel a rye whiskey so it was important for us to stay true to the style with grain forward character rather than barrel character while still allowing our barrels to interplay with the whiskey. I’m confident that everyone will be as impressed as I am with the taste and character of this bold new rye offering.” 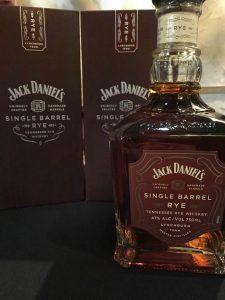 Rye is crafted using a unique 70 percent rye, 18 percent corn and 12 percent malted barley grain bill giving the whiskey a clean, sweet tone at the tip of the tongue with a more distinct and slightly shorter finish than other Single Barrel offerings. Rye also uses the same cave spring water from the Jack Daniel’s Hollow, proprietary yeast and charcoal-mellowing process that’s been used in the distillery’s 150-year-old Tennessee Whiskey recipe.

From there, the liquid enters a charred White American Oak barrel, crafted at Jack Daniel’s very own cooperage and set to age in the upper regions of the barrelhouse. In this resting place, the whiskey is exposed to the extreme temperature variations that a Lynchburg, Tennesseeseason brings. The interaction of the whiskey, the wood and the environment brings out distinct flavor profiles that transcend what you would expect of a rye whiskey to become Single Barrel Rye.

Single Barrel Rye completes the distillery’s journey into rye whiskies, following limited release batches of Rested Rye in 2014 and Unaged Rye in 2012, allowing fans to taste the maturing rye over time. Rye starts off lightly sweet and mid-palate opens up to a dried fruit and trail mix flavour, finishing slightly shorter than the other Single Barrels as Rye is much more about grain rather than barrel character. Rye is a complex and robust whiskey that brings something unique to the palates of Jack Daniel’s friends and whiskey enthusiasts alike.

Jack Daniel’s Single Barrel Rye will be available nationwide beginning February 2016. The product will be priced approximately $49.99 per 750ml.