By Newsroom on September 21, 2016Comments Off on Johnnie Walker Presents Inspirational Story of the Islanders on the Front Lines of the Refugee Crisis

“Can you really ignore what’s in front of your eyes? Because tomorrow it could be me. I could be on a boat with my family and I would like to be helped,” says fisherman Stratis Valamios in Ode to Lesvos, a new documentary film from Johnnie Walker Storyline. 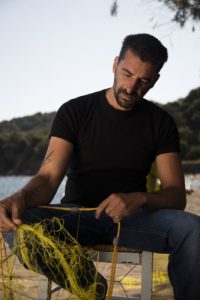 This time 12 months ago, Stratis’ life changed beyond recognition as he spent months on end rescuing men, women and children from the waters around his home. His village, with a population of just 150, became the front line of the refugee crisis as hundreds of thousands of people came ashore, fleeing war and seeking a better future.

The positive response of the people of Lesvos who, in 2015 alone, helped almost half a million refugees making the dangerous voyage across the Aegean Sea, has been documented in Ode to Lesvos. The film was created by Scotch whisky maker Johnnie Walker as part of its Storyline initiative, which gives a voice to real life stories from around the world.

Ode to Lesvos is a documentary short that tells the stories of the islanders whose uncompromising compassion has earned some of them, including Stratis, fellow fisherman Thanassis Marmarinos and 85-year-old Aimilia Kamvisi a Nobel Peace Prize nomination.

Throughout the past year, headlines from the region have naturally focused on the tragic aspects of the unfolding human drama in the Aegean and Mediterranean seas. Ode to Lesvos shines a light on a lesser told story – the inspiring response of islanders who opened their hearts to the refugees and whose positivity drove them to rescue people from the sea, give shelter, and provide food and water. 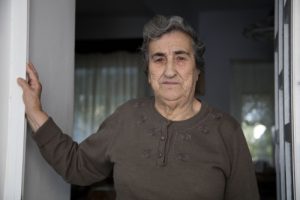 As part of the launch of Ode to Lesvos, Johnnie Walker is supporting Mercy Corps, a leading global organisation that helps people around the world survive and thrive after conflict, crisis and natural disaster. Since the Syrian war began, Mercy Corps has helped more than 7.7million people affected by the crisis and expanded its programming to Greece and The Balkans in response to the migration crisis.

Simon O’Connell, Executive Director, Mercy Corps Europe, said: “The migration crisis continues to have a huge impact on the world in which we live. It is vitally important that we are able to tell these kinds of stories and raise awareness of the issues faced by those who are forcibly displaced and the communities who receive them.

“It is our hope that by working with Johnnie Walker to share the remarkable story of how the islanders of Lesvos responded to the plight of refugees last summer, we will inspire others to positive actions. There is a thread of humanity that links each and every one of us and when someone needs help, we must be present.” 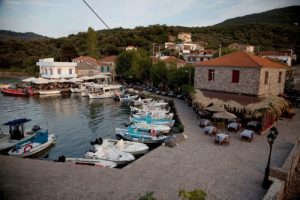 Speaking about Ode to Lesvos Guy Escolme, Global Brand Director at Johnnie Walker, said: “The film represents one chapter in the evolving, larger story of the refugee crisis but it is one that highlights how acts of kindness and positivity made a difference to the lives of those who made a dangerous journey in search of a better future. We hope people will be inspired by Ode to Lesvos and one way they can respond is by supporting the efforts of Mercy Corps, a leading global organisation whose work through this crisis and many others around the world has brought the promise of hope and possibility to hundreds of thousands of displaced people.”

In addition to encouraging people to donate to the work of Mercy Corps, Johnnie Walker is also continuing to work with the local community featured in the Ode to Lesvos to identify a number of local projects that will make a positive impact as they look to life beyond the crisis. 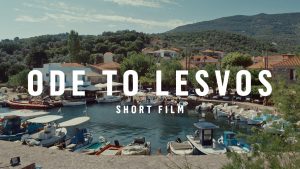 Ode to Lesvos has been directed by Sundance Film Festival-winning director Talal Derki. “This was a deeply personal project, influenced by my life experience of the Syrian and Greek cultures” said Derki, himself a Syrian exile who was honoured at Sundance for his documentary on the war in his homeland – Return to Homs.”

He continued: “Following the events of last summer and knowing first-hand the despair migrants face as they seek refuge and a better future for their families, I felt compelled to tell the inspiring story of the response of the community of Lesvos. Their enduring positivity, readiness to help, and, above all, humanity remind the world that it is possible to make tomorrow better than today.”

Ode to Lesvos is being released in time for International Peace Day (September 21).

Johnnie Walker Presents Inspirational Story of the Islanders on the Front Lines of the Refugee Crisis added by Newsroom on September 21, 2016
View all posts by Newsroom →