By Newsroom on January 13, 2017Comments Off on Johnsonville and Droga5 are Bringing their A-Game to the Super Bowl 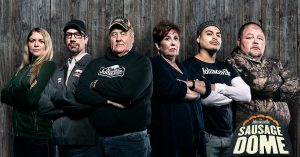 The beginning of the year is time to reset, start anew and obviously, get ready for the Super Bowl in February!

While everyone is debating about what team will reign victorious in 2017, Johnsonville is focusing on making its sausage the most snacked-on snack at Big Game parties. To do so, they couldn’t just push out any Game Day recipes; they had to bring their A-game. But how do you find the greatest sausage dishes of all time? An all-out sausage reality show, of course.

Introducing the Sausage Dome: a show in which contestants from all around America pitch their Game Day grub to six real-life Johnsonville employees also known as “The Sausage Six.” 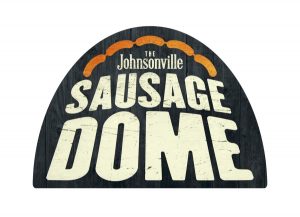 In each episode, three contestants, ranging from a 13-year-old wonder chef to a familiar face (Italian Sausage Nonna Gina), give it their all for a chance to have their recipe live forever as one of Johnsonville’s official Game Day recipes. And most importantly, the three winners get a year’s worth of free sausage! Oh yeah! The stakes have never been higher for a sausage-related competition.

The winning recipes will even be integrated into digital and print campaigns to get the delicious word out. Johnsonville hopes that the big stage of the Dome, the charming Johnsonville members and the tasty sausage treats will put Johnsonville on everybody’s tables come Game Day.

The first episode of the epic trilogy, has launched on January 12. The remainder of the campaign by Droga5, will continue to roll out throughout the next two weeks.

Johnsonville and Droga5 are Bringing their A-Game to the Super Bowl added by Newsroom on January 13, 2017
View all posts by Newsroom →