By Newsroom on September 15, 2015Comments Off on Jose Cuervo Ad Celebrates The Rolling Stones & Their Affinity For Tequila

Tequila brand Jose Cuervo is throwing it back with a spot that commemorates The Rolling Stones 1972 tour. 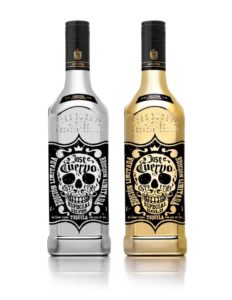 Created by McCann New York, the video takes place on the band’s tour plane, ‘The Lapping Tongue,’ and shows a bartender passing around cocktails filled with Jose Cuervo.

According to the agency, the video is actually based in some truth. The Rolling Stones apparently held a private party at a bar in San Francisco to kick off their 1972 American Tour, and it was there that the band first discovered Jose Cuervo while drinking tequila sunrises and it “quickly became their favorite drink and official cocktail of the tour.”

The band’s 1978 hit single ‘Miss You’ is the soundtrack for the ad and although no actual band members appear in the video, Les Misérables costume designer Paco Delgado helped create the outfits to give it a 1970’s look and feel.

The commercial is part of a larger campaign that will feature online and social elements over the next 6 months.

Jose Cuervo Ad Celebrates The Rolling Stones & Their Affinity For Tequila added by Newsroom on September 15, 2015
View all posts by Newsroom →