By Newsroom on February 21, 2014Comments Off on Just Three in Ten 16-24s Brits Feel Confident in the Kitchen 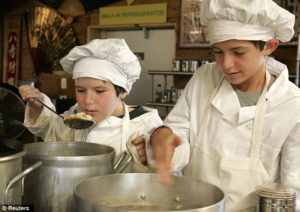 As obesity amongst younger people spreads, compulsory cooking lessons are back on the menu in the UK for pupils from September 2014. The news may represent a timely recipe for the health of the younger generation, as latest research from Mintel reveals just 30% of those aged 16-24 feel confident in the kitchen, compared to 39% on average of UK adults. What is more, 16% of those aged 16-24 perceive cooking as stressful, compared to 11% on average.

Despite the best intentions, it looks like parental love is not preparing the nation’s children to fly solo, with British parents continuing to play chef for their offspring… even when they live away from home. Almost one fifth (16%) of those aged 16-24 who live in a house or flat share continue to have their meals cooked for them by parents or guardians, as do 15% of those living in student accommodation.

The findings may reflect the lack of culinary experience of 16-24s in cooking using fresh, raw ingredients with just 27% of 16-24s cooking from scratch most days, compared with 54% of over-55s. What is more, over two thirds (68%) of 16-24s eat prepared meals (such as ready meals, pizza or soup) more than once a week. 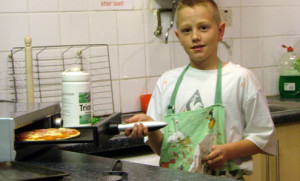 It also seems that washing up puts off Brits from cooking, with one in five (19%) adults choosing to cook a meal according to the amount of washing up its preparation generates.

“Considering obesity rates in the UK are climbing, and this country has the highest rate of childhood obesity in Western Europe, the need to encourage young adults to cook and eat healthily is perhaps imperative. However, our research reveals some relatively discouraging attitudes which 16-24s harbour towards cooking, which could be having a detrimental effect on their diet. In particular, 16-24s are the least likely to have a confident and valued perception of cooking, and they are the most likely group to perceive cooking as stressful.”

Although women still do most of the cooking, with seven in ten (72%) having the main responsibility for preparing meals in the household versus five in ten (52%) men, it seems British men are challenging old-fashioned domestic roles. Indeed, 31% of men feel pride from cooking a meal (compared to 26% of women) and 23% feel adventurous (compared to 16% of women). 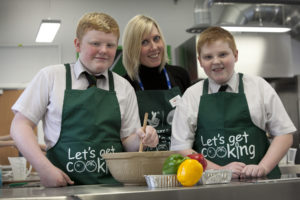 “Men might not be the most frequent or confident cooks, but it seems we have no trouble in feeling proud of our culinary efforts – even if nobody else does! Male attitudes towards cooking could relate to lower cooking frequency, possibly giving it a novelty appeal. And that men are also the most likely to feel pride could reflect them feeling a sense of achievement from creating a meal by themselves, irrespective of experience or culinary skills. Promoting a ‘have a go’ attitude to cooking could resonate among men and 16-24s. A ‘get stuck in,’ proactive message could form the basis of a humorous advert, encouraging these lower frequency cooks to adopt a hands-on attitude to cooking without fear of failure.” Alex adds.

Encouragingly, today, Brits are a nation of cooking enthusiasts, with one in three (33%) adults scratch cooking – using uncooked ingredients like meat, vegetables, rice – five times a week or more. And around the same number (34%) have a perception of cooking as being relaxing, with weekends being the dedicated time for experimentation, with 19% of consumers likely to want to experiment with new dishes and recipes during the weekend (compared to 11% during the week).

Regionally, the most passionate cooks live in the South East and East Anglia, with 44% of those living there cooking from scratch most days, followed by Yorkshire and Humberside (42%), the South West and Wales (40%), East and West Midlands (39%), North and Scotland and London (38% respectively) and the North West (33%).

Just Three in Ten 16-24s Brits Feel Confident in the Kitchen added by Newsroom on February 21, 2014
View all posts by Newsroom →