By Newsroom on March 17, 2017Comments Off on Ketel One Vodka Unveils their “Arnold Palmer Collector’s Edition” Bottle 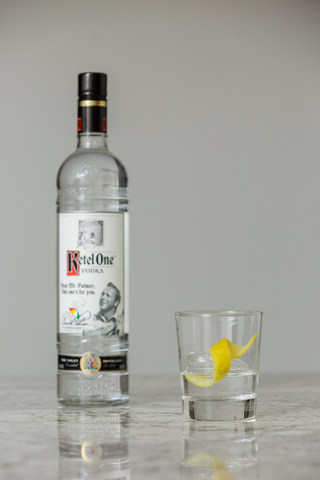 Anyone who crossed Arnold Palmer’s path was fortunate to meet him – and the Nolet family, creators of Ketel One Vodka, felt very fortunate indeed. Rooted in Mr. Palmer’s winning tradition and honouring his unparalleled legacy, the Nolet family has created a limited edition Ketel One Vodka bottle as a thank you to Arnold Palmer for the impact he had on the world and the game many love so much.

The Arnold Palmer Collector’s Edition bottle reads, “Dear Mr. Palmer, This one’s for you.” The nostalgic black and white vignette of Mr. Palmer on the course is accented with his iconic signature and an open golf umbrella in red, yellow, white and green—his company logo since 1961. The bottle launches nationwide on March 16, 2017 with a suggested retail price of $24.99 (750ml) and $31.99 (1L).

To the Nolets, golf champion and Presidential Medal of Freedom Award winner Arnold Palmer was a mentor and a friend; he was simply “Arnie.” Dedicated to his family and community, Mr. Palmer spent his life giving back to the game and those in need. A master of his craft, he earned 62 PGA Tour victories. At the end of play, Mr. Palmer celebrated with a Ketel One on the rocks with his slice of lemon; it was his signature “19th hole.”

Palmer later told 11th generation Nolet Carl Jr. that enjoying Ketel One Vodka after a game gave him time to reflect on life, family and friends. Carl Jr. says, “Mr. Palmer stood for the same things we stand for as a family: authenticity, integrity and generosity. He set a high standard by making golf what it is today – but it was his accomplishments off the course that truly made him one of a kind.”

At the heart of Ketel One Vodka lies one family’s unwavering passion for crafting the world’s finest spirits. Each generation of Nolet family distillers is tasked with upholding a legacy of distilling expertise that has been passed down from father to son since 1691. Mr. Palmer understood the power of legacy. His unwavering commitment to uphold the values of authenticity, integrity and generosity will live on for generations, as will the Nolet family’s commitment to producing the world’s finest spirits.

Carl Nolet Jr. recalls that Mr. Palmer once watched him sign bottles of Ketel One for consumers. Joking about Carl Jr.’s illegible scrawl, Mr. Palmer asked, “How would someone know this is your signature five years from now?” Mr. Palmer explained that signing something meaningful for others is a privilege; he felt that honor so deeply that he made his own signature a part of his logo. With this advice in mind, coupled with family tradition, Carl Jr. signs each bottle of Ketel One with purpose and pride when on the road meeting consumers and bartenders. His signature is a promise to consumers that they are receiving the same high quality liquid and commitment to perfection in every bottle of Ketel One Vodka. 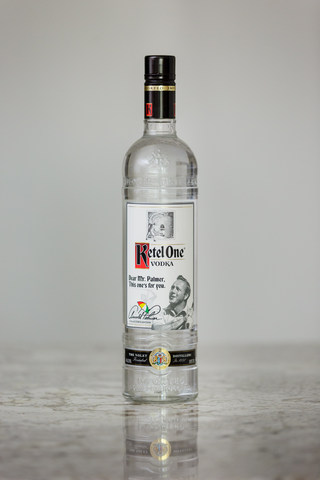 With a bond of shared values and good times between the two families, it was natural for Ketel One Vodka to become the Official Vodka of the 2017 Arnold Palmer Invitational. The Nolets are delighted that Arnie’s army of fans will have the opportunity to experience signature cocktails from the world’s most-trending vodka1. The Arnold Palmer Invitational marks the first of many moments in which Ketel One Vodka will celebrate and toast the extraordinary achievements of Mr. Palmer. On the course, Club Ketel One will feature Arnold Palmer memorabilia, highlighting cherished moments throughout Mr. Palmer’s life and precious photos of the Nolet family’s friendship with “the King.”

In honour of Mr. Palmer’s generosity and dedication to bettering the lives of those around him, Ketel One Vodka has made a commitment to donating $100,000 to Arnie’s Army Charitable Foundation, which provides support to institutions and organizations benefitting the environment as well as the communities in which we live.

Ketel One encourages fans to join in the spirit of generosity by donating to Arnie’s Army Charitable Foundation through the purchase of a limited edition shirt with all proceeds going to the AACF, a charity near and dear to Mr. Palmer’s heart. Consumers can visit here to purchase the Arnold limited edition shirt or go here to make a donation to Arnie’s Army Charitable Foundation.

Additionally, fans can purchase the Arnold Palmer Collector’s Edition bottle by visiting here or making a trip to their local retailer.

Ketel One Vodka Unveils their “Arnold Palmer Collector’s Edition” Bottle added by Newsroom on March 17, 2017
View all posts by Newsroom →