By Newsroom on September 17, 2018Comments Off on KFC Brings the Sweet – and the Heat – to Its Fried Chicken with New Hot Honey Flavour

Kentucky Fried Chicken (KFC) is bringing the sweet – and the heat – to its world famous fried chicken with its newest menu item, Hot Honey. Inspired by a trending flavour mash-up of golden honey blended with mild peppers, the new flavour adds an unexpectedly delicious burst of sweet honey with the spicy kick of pepper to KFC’s fried chicken. 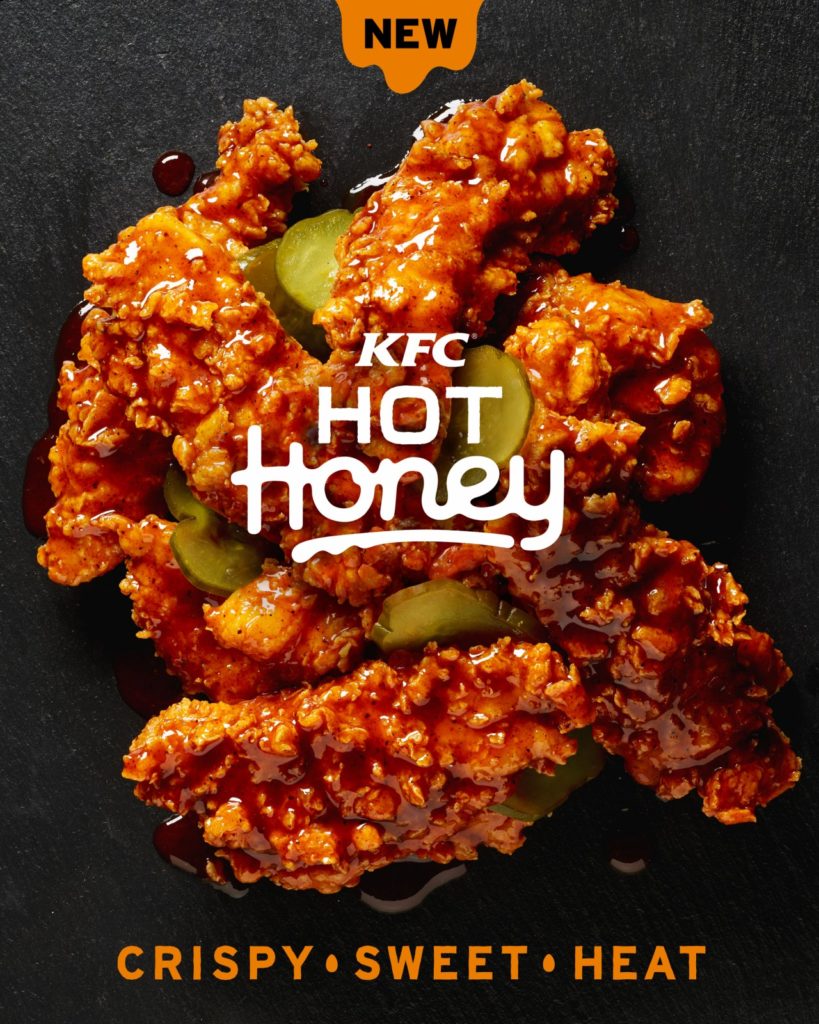 “If you travel across the south, you’ll find different recipes for sweet and spicy honey-based sauces. We went through many versions to find the combination of sweet and mild spice that perfectly complements our world-famous fried chicken,” said Bob Das, Head Chef, KFC US. “With summer coming to an end, people start to crave the soul-warming, comforting flavours that come with fall, so it’s the perfect time to introduce our new Hot Honey fried chicken.”

Along with its new Hot Honey flavour, KFC’s newest Colonel is unlike any of his predecessors – because, well, he’s a bear. Just like his human inspiration, Colonel Sanders, Colonel Bear is obsessed with selling KFC fried chicken. As new ad spots show, sometimes Colonel Bear takes his dedication a little too far, leading to the sweet little bear’s fiery side coming out.

“Hot Honey adds a little kick to our lineup of authentic southern-inspired flavours. And we’re bringing the flavour to life in a fun way, with our cutest – and feistiest – Colonel yet,” said Andrea Zahumensky, Chief Marketing Officer, KFC US. “Aside from his personality, the Colonel Bear’s physical appearance is adorably inspired by the nostalgic honey bottles in the shape of a bear that you may have had on your kitchen table growing up.” 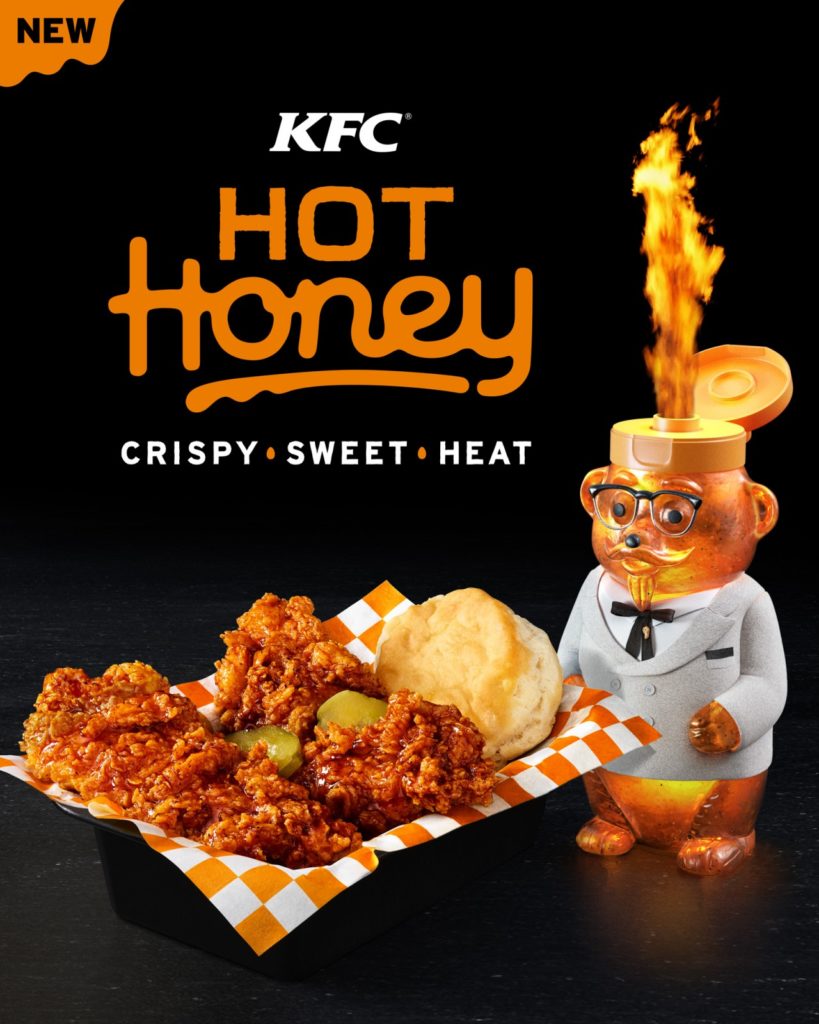 Fans who fall in love with the mischievous and fun Colonel Bear can enter for a chance to adopt their very own vintage-inspired, pull string talking Colonel Bear figurine by filling out the form here  starting Monday, September 17.

Following its very limited time offer of Pickle Fried Chicken this summer, KFC’s Hot Honey is the latest in a series of new, exciting flavour innovations that the brand is bringing to fans of fried chicken on a broad scale. Known as “the next sriracha,” honey combined with spicy peppers represents a rising food trend that’s started garnering a cult following, similar to the well-established pickle craze.

Hot Honey is available at participating US restaurants as a Crispy Colonel Sandwich, Extra Crispy Tenders, Chicken Littles and Extra Crispy Chicken. For the full tasting experience, try it alongside a Lipton Brisk Raspberry Tea. The sweetness and complexity of the raspberry and honey work with the heat from the peppers and the tannins from the tea for a perfect pairing.

KFC Brings the Sweet – and the Heat – to Its Fried Chicken with New Hot Honey Flavour added by Newsroom on September 17, 2018
View all posts by Newsroom →