By Newsroom on March 20, 2017Comments Off on KFC Extends its ‘Shut Up & Take My Money’ Push with New Ads by Ogilvy Sydney

KFC Australia has released new spots in its “Shut Up & Take My Money’ campaign via Ogilvy Sydney.

The campaign celebrates KFC Value Deals that are “too good to be true” – encouraging consumers to stop what they’re doing, and instead indulge in a spontaneous moment of fun. 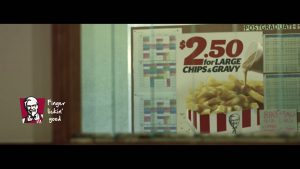 This chapter of the ‘Shut Up & Take My Money’ campaign showcases a university janitor playfully teasing a class of students with a $2.50 Chips & Gravy deal from KFC. The spot shows the janitor cheekily getting his own back on a group of students who muddied his newly polished floors, by sliding past a classroom window (Risky Business style!) enjoying KFC Chips & Gravy, as the students look on with longing.

Shaun Branagan, group creative director, Ogilvy said: “The ‘shut up and take my money’ series has been an incredible success, showcasing that no one can resist a finger lickin’ good moment once they see the offers we have in store. Whilst most retail campaigns are moronic and monotonous, this one is designed to sell without the yell, to entertain with story- selling.” 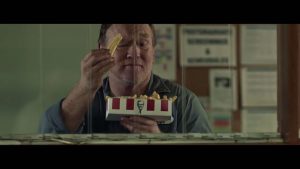 Annabel Fribence, marketing director, individual meals, KFC added: “No one can deny the fact that hot chips can cause food envy more than anything else and as KFC has Australia’s best tasting chips, this commercial celebrates the irresistible taste and power of our chips. As the next instalment of SUATMM this playful execution continues to communicate the fact that our value offers are too good to be true offering you so much more than just a low price.” 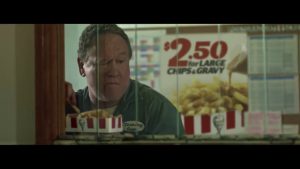 KFC Extends its ‘Shut Up & Take My Money’ Push with New Ads by Ogilvy Sydney added by Newsroom on March 20, 2017
View all posts by Newsroom →