By Newsroom on February 16, 2018Comments Off on KFC Launch Custom Rings to Help Aussies Celebrate their Wingmen in Campaign by Ogilvy Sydney

Ogilvy Sydney recently helped KFC Australia put its own unique spin on Valentine’s Day in 2018, with a campaign encouraging fans to instead celebrate their wingmen by presenting them with a limited edition ‘wing ring’. 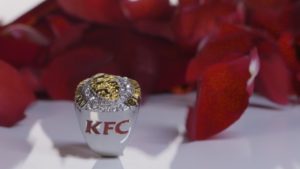 Lucky fans applied to win a pair of ‘wing rings’ by commenting on a Facebook post and demonstrating why they and their wingman deserved to wear them as a symbol of their bond.

In less than 24 hours, the Facebook post attracted over 2,000 entries as fans shared stories, photos, poems, and even a marriage proposal, in a bid to win the coveted rings.

Angela Richards, CMO, KFC Australia said: “We’re all about grabbing life by the horns at KFC – and quite often, the ones that give you that little push to say yes and jump into to make the most of the moment, are your closest friends. Your wingmen. So we thought, rather than celebrating the romantics, we’d give a big ‘bling ring’ thumbs up to the ‘other’ Valentine. A wingman is the unsung hero in a friendship, so we thought it was about time we recognised their hard work and dedication to being a wingman.” 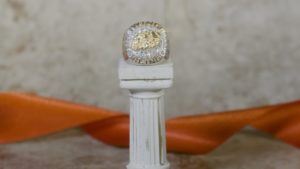 Alex Watts, head of social, Ogilvy Australia added: “KFC has the best fans in Australia – a legion of wingmen who have built an unparalleled community around an awesome brand. With the wing ring, we gave those fans a way to wear their pride – and celebrate the wingman in their lives – and the response has been incredible. Here’s to the wingmen!”

KFC Launch Custom Rings to Help Aussies Celebrate their Wingmen in Campaign by Ogilvy Sydney added by Newsroom on February 16, 2018
View all posts by Newsroom →