KFC Teams with Huawei to Release its own Limited Edition Smartphone

With KFC and Huawei both celebrating their 30th anniversary in China in 2017, the brands have decided that collaborating for the commemoration is the way to go—and what better way to do this than produce a limited edition, KFC x Huawei 7 Plus smartphone. 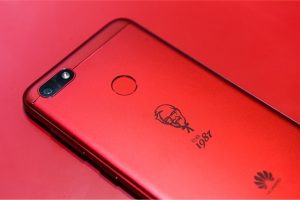 The gadget, which launched on 7 July, comes in KFC’s signature red, with the logo of both brands embellished on its frame, together with the year of their debut in the country—1987.

Beyond the exterior, you’ll find the Chinese version of the KFC app, as well as a new music app available on the device. The latter enables users to select the tunes that play in KFC restaurants within China, somewhat like a 21st century jukebox. 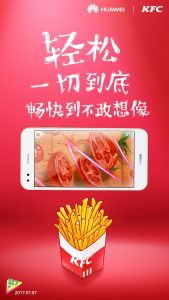 “Between KFC and Huawei – one came from abroad and had to settle its roots in China – While the other (Huawei) originated here and later expanded its footprint globally,” said Steven Li, Senior VP of KFC marketing with Yum China.

“Both brands have witnessed the rise of China in these 30-years, and both embody the spirit of the times. Our collaboration is a homage to the era.”

Only 5,000 models have been produced. It can be purchased via the KFC mobile app as well as the Alibaba’s flagship Tmall store for KFC members.

Li also added that the launch of the phone is also an important phase in KFC’s efforts to fully digitise the user experience in China and venture into smart F&B and entertainment.

KFC Teams with Huawei to Release its own Limited Edition Smartphone added by Newsroom on July 12, 2017
View all posts by Newsroom →