By Newsroom on October 31, 2016Comments Off on Kit Kat’s Halloween Ad Shows How to Fend Off a Homicidal Maniac in a Forest

Could it be that so many slasher flicks could’ve been solved with a chocolate candy? 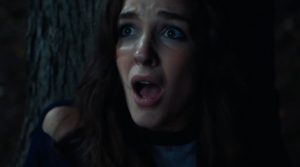 This Halloween advertisement from Kit Kat shows us just that, as a girl being chased through a forest by a chainsaw-wielding maniac depends on the chocolate to save her life.

The ad, which will run on the cable channel Comedy Central and various digital platforms, comes from Viacom Velocity Entertainment Group, the in-house division that has recently created campaigns for Ubisoft, Dunkin’ Donuts, Dodge and Old Spice, among other brands. 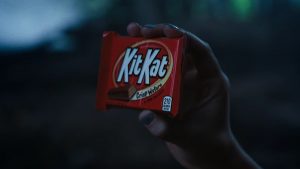 “We wanted to use some classic ’80s horror movies and have fun with the idea of taking a break,” says Beth Trentacoste, svp and creative director for the Viacom Velocity group, referring to the long-standing Kit Kat mantra, “Gimme a break.” “The goal was to be fun, unexpected, irreverent.”

“We’re here to amplify what the brand is doing on its own platforms,” says Michelle Zoni, the group’s svp of integrated marketing. “We tailor the message to speak specifically to our audience because we know what will resonate with them.”

Kit Kat’s Halloween Ad Shows How to Fend Off a Homicidal Maniac in a Forest added by Newsroom on October 31, 2016
View all posts by Newsroom →