By Newsroom on February 29, 2016Comments Off on Leo Burnett Helps McDonald’s Give Its Own Oscar Acceptance Speech

McDonald’s is thanking all the people who make all-day breakfast possible in a spot by Leo Burnett in Chicago, which aired during the Oscars. 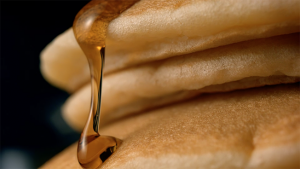 The ad, “Good Morning Oscars,” celebrates everyone who works to whip up McDonald’s hash browns, Egg McMuffins and pancakes.

The voiceover points out that the officially allotted time for an Oscars acceptance speech is 45 seconds and then asks, “Wouldn’t that be a lot more bearable if that was paired with a montage of delicious breakfast food?”

The ad proceeds to show just such a montage accompanied by an acceptance speech.

Leo Burnett Helps McDonald’s Give Its Own Oscar Acceptance Speech added by Newsroom on February 29, 2016
View all posts by Newsroom →