By Newsroom on August 4, 2016Comments Off on Leo Burnett Helps McDonald’s Introduce ‘A Better Chicken McNugget’

With the review of McDonald’s creative account reportedly stretching out to the end of the summer, Leo Burnett Chicago launched a campaign promoting the fast food giant’s decision to remove all artificial preservatives from its Chicken McNuggets.

In the 60-second spot “A Better Chicken McNugget,” (above) set to a cover of Cyndi Lauper‘s “Time After Time,” two fans of the popular menu item interact across a split screen. The boy on the left side of the screen appears to be growing up at some point in the 80s, the girl on the right the present day.

Over the course of the ad, the boy shares some of his favourite things with the girl, and as he passes each item to her side of the screen, it evolves, including a bike, a video game controller and, at the spot’s conclusion, a Chicken McNugget. The spot ends with the tagline “The simpler the better.” 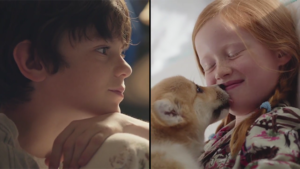 The spot also ends with the touching revelation that the boy is the girl’s father, passing on his love of basketball, video games, bicycling and chicken nuggets to his daughter. “A Better Chicken McNugget” utilizes nostalgia to remind its viewers of their own positive childhood memories of the brand while attempting to convince parents who may have shied away from the chain due to concerns over its ingredients that it’s something they can feel good about sharing with their children.

“There’s an undeniable level of nostalgia tied to the McDonald’s brand and its food,” said Britt Nolan, Leo Burnett USA’s chief creative officer. “We set out to capture that relationship in a sincere, simple way that today’s parents can relate to and feel good about sharing with their own kids.”

“More than ever, people care about their food—where it comes from, what goes into it and how it’s prepared,” said Mike Andres, president of McDonald’s USA, in a statement. “We’re making changes to ensure the food we’re proud of is food our customers love and feel good eating, and we remain committed to our continuing food journey at McDonald’s.”

In addition to the broadcast spot, the campaign also includes a full-page print ad (below) which ran in The New York Times and the Washington Post. That ad addressed some of the changes the chain has made to its menu. 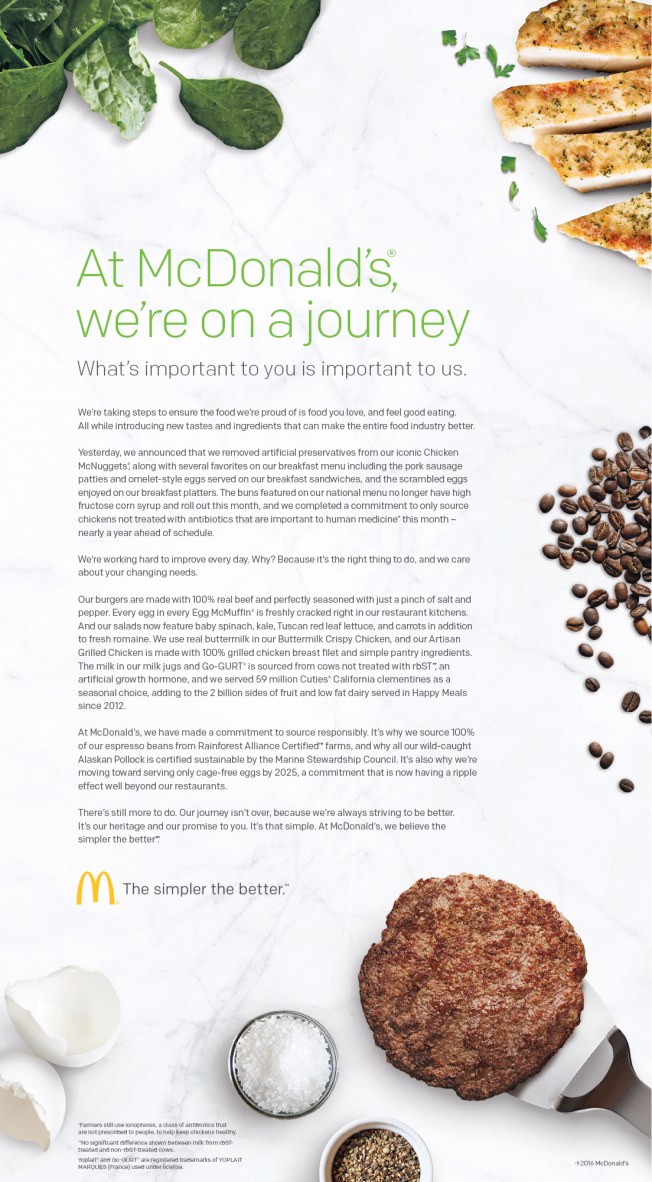