By Newsroom on November 12, 2018Comments Off on Leon Launches Trial that Sees Staff Ask Customers About Allergies at Point of Ordering 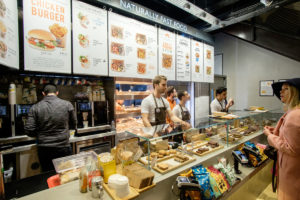 Staff at selected Leon stores have started to question customers about allergens at the point of ordering, following a series of deaths connected to allergic reactions at other establishments.

The healthy fast food chain’s trial has been running for roughly two weeks at a small number of sites, and sees servers ask customers about any dietary requirements at the point of sale.

It is one of a range of measures introduced by the chain following the death of Natasha Ednan-Laperouse, who had an allergic reaction to Pret a Manger baguette in 2016. Earlier this year a coroner said that Pret’s allergy labelling had been “inadequate”.

In a September email to customers, Leon said the death had “rightly re-focused everyone in the industry on the critical importance of properly communicating allergens”.

The firm went on to make allergen information more visible in stores and removed almond milk as their dairy alternative for drinks, replacing it with allergen-free oat milk 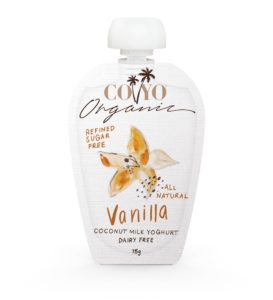 A spokeswoman for Pret a Manger told The Caterer: “It is of the utmost importance to us that we continue to help our guests navigate our menus safely.”

Following the inquest into the death of Ednan-Laperouse it emerged that a second Pret customer had died after eating a vegan super-veg rainbow flatbread, that was later found to have contained dairy protein.

Pret a Manger has since said the blame for the second death lies with CoYo, a coconut milk brand used in the flatbread – a claim that CoYo has strongly disputed.

Leon Launches Trial that Sees Staff Ask Customers About Allergies at Point of Ordering added by Newsroom on November 12, 2018
View all posts by Newsroom →